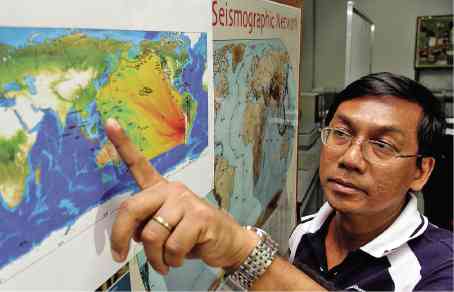 The Philippine Institute of Volcanology and Seismology (Phivolcs) could further raise the alert level on Mayon Volcano if the agency records a huge amount of gas emission, an official said on Monday.

Phivolcs director Renato Solidum said that they are monitoring the amount of gas from the volcano as it might be the cause of rapid increase of magma.

He explained that the immediate raise of the alert levels was brought by the rapid increase of magma inside the volcano.

Solidum further mentioned that since last year, they had recorded a different swelling in the upper slope of the Mayon Volcano.

The Philvocs reported earlier that the Mount Mayon emitted pyroclastic flow and grayish to white ash or steam coming out of Mayon’s crater at 9:41 a.m.

The agency raised the alert status to level 3 and extended the danger zone to the 7-kilometer radius of the volcano on Sunday evening. /cbb