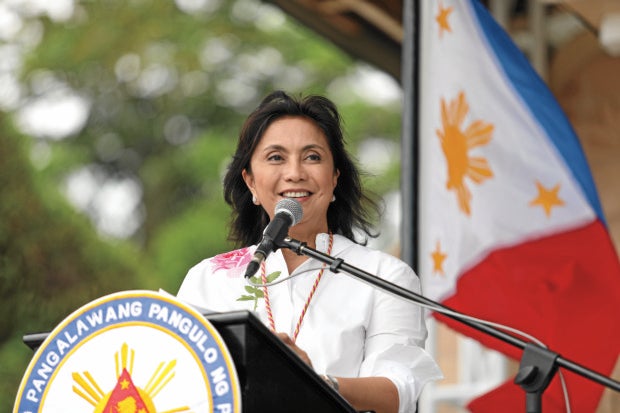 A former lawmaker warned on Sunday that the current Charter change (Cha-cha) proposal may abolish the office of the vice president but would not disqualify President Rodrigo Duterte from running for president in 2022.

“Under the PDP-Laban (Partido Demokratiko Pilipino-Lakas ng Bayan) Constitution, the office of the Vice President will be abolished by 2019 if they succeed in having the new Constitution ratified during the 2019 elections,” Bayan Muna Chair and former Congressman Neri Colmenares pointed out in a statement.

“Vice-President Leni Robredo will be ousted from her office long before her term ends in 2022,” he said.

“While PDP Laban may argue that they will not apply this to VP Robredo, this is not expressed in PDP Laban Constitution since they have refused to divulge their transitory provision,” he added.

Colmenares said that even if Robredo is allowed to stay until 2022, “she will be a lame-duck Vice President who is not even listed in the line of succession to Pres. Duterte.”

In September last year, proponents of federalism from Duterte’s PDP-Laban party have submitted their own draft of a Constitution that adopts a parliamentary-federal system of government.

Citing Section 7, Article VII of the PDP Laban Constitution, Colmenares said it is the “Senate President and if incapacitated, the Speaker who shall succeed Pres. Duterte in case of death, or removal from office.”

“The Vice-President is not mentioned at all in the line of succession because, upon ratification of the new Constitution, her office no longer exists,” said the former solon.

“On the other hand, the same PDP Laban Cha-cha contains no express provision disqualifying Pres. Duterte from running for President in 2022. In fact, under Section 3, Article VII of the PDP Laban Constitution it allows the President to run for a second term,” he added.

The progressive lawmaker also accused that the previous and current attempt to revise the Constitution “have been about eliminating term limits, extending terms, ‘No-El’ and other self serving objectives.”

“Even if one supports federalism, this Cha-cha and constituent assembly (con-ass) must be opposed because of its draconian measures, anti-people provisions and self-serving motivations,” Colmenares said.

In the past weeks, stalwarts of the ruling party PDP-Laban, announced that they would urge Congress to convene in a con-ass to push for Charter change, which could possibly pave the way for a shift to a federal form of government.

The political party has been vocal in advocating federalism even during Duterte’s election campaign in 2016. /je