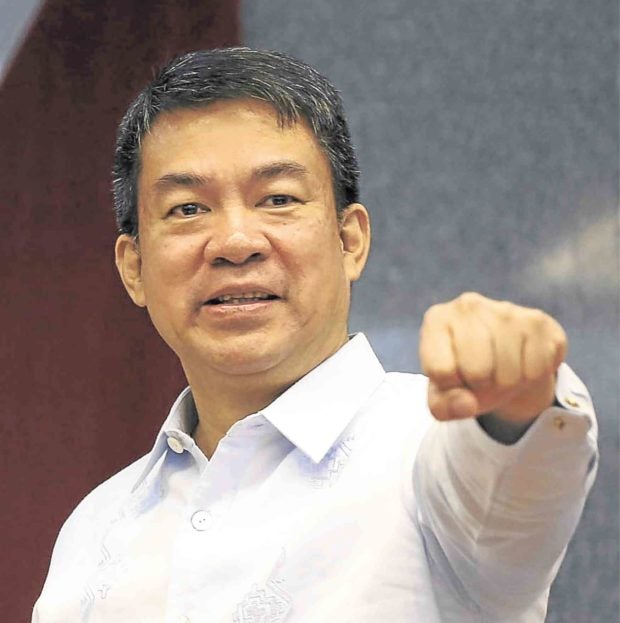 Proponents of federalism from President Rodrigo Duterte’s Partido Demokratiko Pilipino-Lakas ng Bayan (PDP-Laban) party have submitted their own draft of a Constitution that adopts a parliamentary-federal system of government, allows the President to run for reelection, and scraps the Office of the Vice President.

Under the draft Charter submitted by the PDP-Laban Federalism Institute, the President’s term is five years with reelection for one term, or a total of 10 years.

In the event of the President’s death, the Senate President will assume the presidency.

All constitutional provisions pertaining to the Vice President are repealed under the draft Charter prepared by  a 15-member study group including the institute’s executive director, Jonathan Malaya, and University of Santo Tomas professor Edmund Tayao.

Senate President Aquilino Pimentel III, president of PDP-Laban, said some of the ideas in the party’s proposal may have been “tweaked.”

“The Vice President abolition is part of our version A, but we also have a version B, where [the VP’s office] is retained,” he said.

“The plan is to pass the new Constitution during the Duterte administration even if the actual shift to federalism occurs after,” he said.

Malaya and Tayao proposed other sweeping changes, including the creation of a Parliament consisting of two houses: the Federal Assembly as the national legislative authority and the Senate as the legislative body representing regional governments.

The President, who is directly voted into office, will be the head of state while the Prime Minister, who will be nominated by the President from the roster of Federal Assembly members after elections, is the head of government.

The proposal abolishes the party-list system, leaving only a Federal Assembly with no more than 400 members.

The current Constitution sets the limit at 250 House members along with party-list representatives.

The draft also includes a ban on political dynasties, prohibiting the spouses and other relatives of a candidate within the second degree of consanguinity or affinity from seeking an elective office.

The proposed Charter creates regional governments that will enjoy autonomy but not sovereignty.

Malaya and Tayao presented their proposed amendments to the Constitution at a meeting of a subcommittee of the constitutional amendments panel of the House of Representatives on Wednesday.

The draft Constitution is one of two proposals under deliberation on the House panel, the other being Resolution of Both Houses No. 08 prepared and submitted by Pampanga Rep. Aurelio Gonzales Jr. and ABS Rep. Eugene Michael de Vera.

Tayao said the President, under the proposal, would retain his powers as Commander in Chief of the military and architect of the country’s foreign policy, but the power of the purse and of expenditure will be with the Prime Minister and the Cabinet.

“Patronage policy is no longer with the President but in a collegial assembly,” he said.

He said there was no need to come up with an entirely new Constitution, noting that the proposal retained many provisions of the current Constitution.

“Many good provisions in the Constitution  need not be changed. We proposed a surgical approach,” he said.

But Deputy Speaker Gwendolyn Garcia said it must be clarified if the proposal was for an “overhaul” of the entire government structure or simple amendments.

“We hope to set it as a common denominator, whether we are looking at amendments or a revision,” she said.

Malaya conceded that his proposal might actually entail an overhaul of the system, and not simple changes, though he stressed that many constitutional provisions need not be amended.

“We do not want an entirely new Constitution,” he said.

The draft Charter retains the preamble, Bill of Rights, suffrage provisions, among other features of the 1987 Constitution.

The Department of the Interior and Local Government (DILG) will tap civil society organizations for the promotion of federalism.

DILG officer in charge Catalino Uy said on Wednesday that the agency would accredit organizations as partners in the promotion of federalism and train them in information content and dissemination. —WITH REPORTS FROM CHRISTINE O. AVENDAÑO AND JEANNETTE I. ANDRADE