Gordon: SolGen should not hinder SC request to get info on drug killings 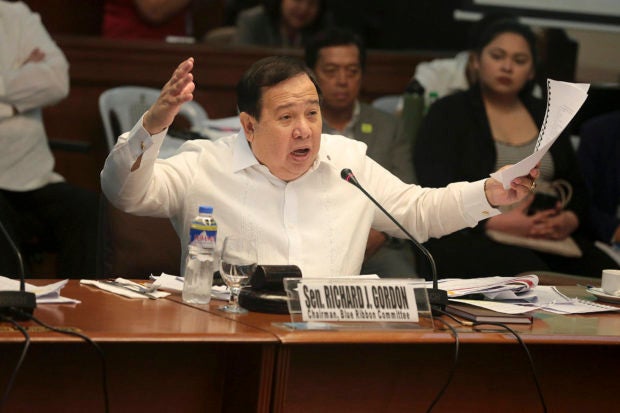 National security should not be a basis to refuse the Supreme Court (SC) of the information regarding the 3,806 killed under legitimate police operations in connection with the government’s war on drugs, according to Senator Richard Gordon.

Solicitor General Jose Calida filed a 14-page motion asking the SC to withhold its order to require the Philippine National Police (PNP) to submit documents containing details on the drug war, particularly the drug killings, as it would have “an undeniable effect on national security.”

The SC issued the order in connection with the two petitions filed by two groups who want to declare the government’s war on drugs as unconstitutional.

“National security is not a reason to withhold the decision of the Supreme Court. Hindi exempted ang executive from judicial review,” Gordon said in an interview over radio DWIZ.

“Kung SC na mismo ang humihingi (ng mga dokumento) ay hindi na sila dapat makakatanggi diyan. Kapag tumatanggi ka ay may itinatago ka, you should be upfront,” the senator said.
(If the SC itself is asking for the documents, they should not resist that. If you are resisting that, you could be hiding something. You should be upfront.)

In his motion, Calida said producing the required documents could “spell the success or failure” of follow-up operations of the police and other law enforcement bodies.

At the same time, Calida said the data was “patently irrelevant” to the case, stressing that the SC cannot declare a law or ordinance as unconstitutional based on the abuses committed by its implementor.

The high court, the solicitor general argued, “cannot go beyond determining the textual commitment of PNP CMC No. 16-2016 (Oplan Double Barrel) and DILG MC No. 2017-112 (Masa Masid project) to the Constitution.”

“In resolving constitutional issues, it is not allowed to receive and weigh evidence, which it will necessarily perform upon receiving the information and documents required of the respondents,” Calida said. /jpv