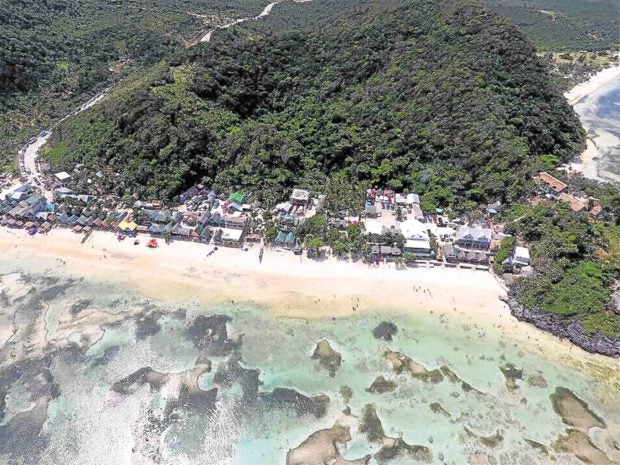 TUGUEGARAO CITY—A stretch of white sand beach in Sta. Ana town touted as one of the best in the world has been shut down by authorities following its operators’ failure to comply with regulations, according to the administrator of Cagayan Economic Zone Authority (Ceza).

Lawyer Raul Lambino, Ceza chief, said he ordered the operators of the beach at Sitio Nangaramoan in San Vicente village to put up sanitation facilities and observe building construction and environmental laws.

“We have to close down the beach to put things in order. And this will remain closed until we are able to rehabilitate it,” he said.

The beach is a 500-meter strip of white sand, 13 kilometers from the town center of Sta. Ana. It is part of a string of coral beaches on the northeastern coastline of Cagayan province facing the Pacific Ocean.

Best in the world

In 2013, an international cable news network declared the beaches of Sta. Ana and in nearby Palaui Island as among the best in the world. These beaches became the shooting locations of two seasons of the US reality television series “Survivor” in 2014.

The beach in Sta. Ana has become a popular destination for residents for picnics, swimming, snorkeling and other outdoor activities. The area is surrounded by forests on the foothills of Sierra Madre range.

The closure order was issued following a consensus among officials of the town government and the Department of Environment and Natural Resources and resort owners.

“They understood that [the temporary closure] was for their own good. We do not want a repeat of the bad experiences in other areas where government regulations failed to check over development,” Lambino said.

The sporadic construction of houses along the beach in Nangaramoan had been a problem that the local government faced for years but which it tolerated for the sake of beachgoers, said Sta. Ana Mayor Darwin Tobias.

“But their number has grown at such an alarming rate and the area has become too crowded that access to the site, especially in times of emergencies, has been difficult,” he said.

“Many of them built houses along beach areas that are prone to surges of the sea, or on mountain slopes that are on the path of landslides.” —MELVIN GASCON