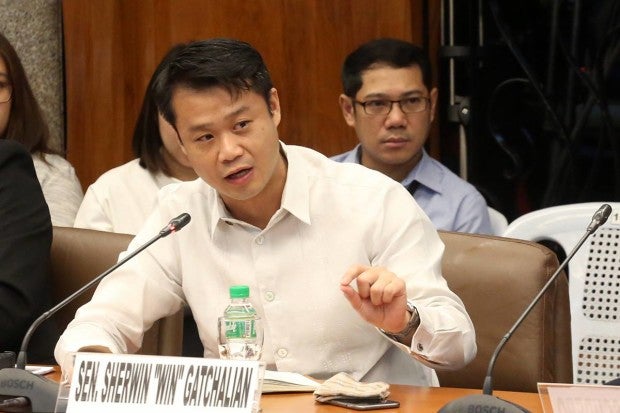 Senator Sherwin Gatchalian wants the Senate to investigate billions of pesos in allegedly anomalous disbursements of Malampaya funds under the past two administrations.

Gatchalian, chair of the Senate committee on energy, filed on Tuesday a resolution seeking an inquiry “on the release of the Malampaya Funds by the Department of Budget and Management (DBM) without complete documentary requirements.”

“Considering the large amount of public funds involved, I believe an immediate inquiry is necessary to hold erring public officers responsible for the irregular release of these funds, and to prevent future illegal exploitation of these funds,” Gatchalian said in a statement on Wednesday.

“These funds were meant to finance the development of energy resources. Their usage for other purposes, and without following the clear procedural requirements concerning their disbursement, is a serious cause for concern that must be looked into by the government,” he added.

The senator noted that the Malampaya Fund, which holds the government’s profit share from the exploitation of natural gas resources at the Camago-Malampaya Reservoir, stood at P173.280 billion from January 2002 up to June 2013.

These funds, he said, were collected by the Department of Energy and managed by the Bureau of Treasury for the exploration and development of energy resources.

But In 2007, the DBM was authorized to release money from the fund following certain guidelines.

Citing a COA special report released in 2017, Gatchalian pointed out that Special Allotment Release Orders and Notices of Cash Allocations were issued despite lacking certain required documents, such as project proposals, requests for funds from the implementing agencies, proof of DBM evaluation, or approval by the President.

As of May 21, 2012, the senator said, the DBM had released P38.8 billion in public funds to various non-government agencies, government-owned and controlled corporations, and the provincial government of Palawan. /cbb