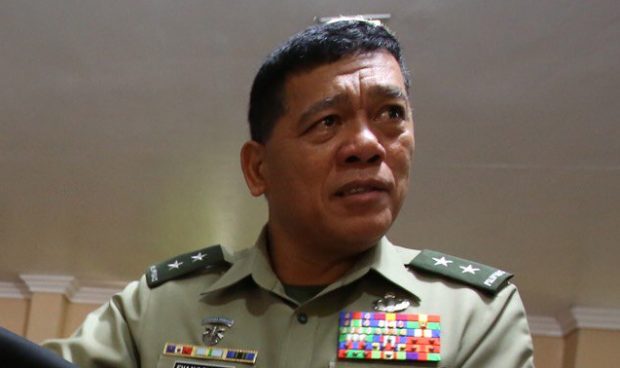 The former commander of Civil Relations Service of the Armed Forces of the Philippines on Monday assumed leadership of the Army’s Special Operations Command (Socom).

Major Gen. Ronnie Evangelista took over the Socom in a turnover rite at the command’s headquarters at Fort Magsaysay.

Evangelista was the deputy chief  of the Eastern Mindanao Command based in Davao City.