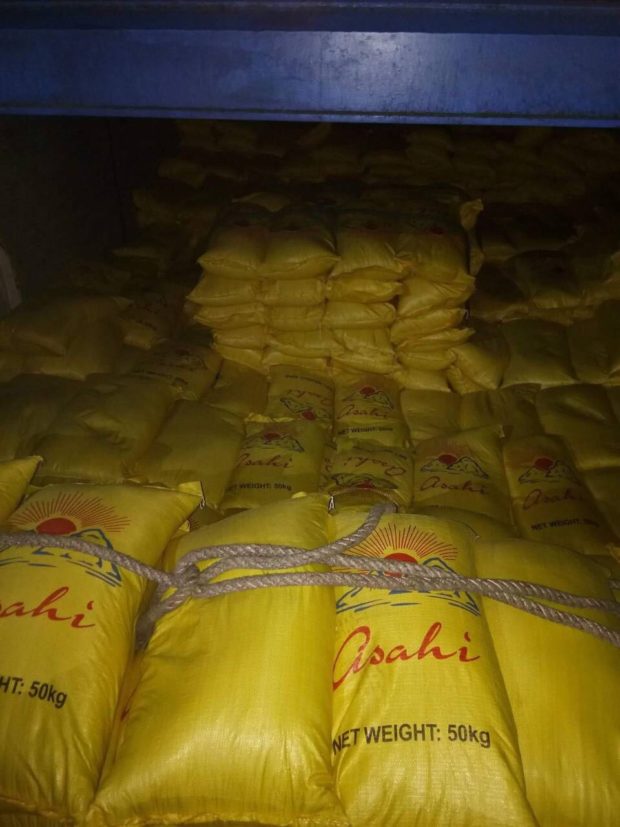 ZAMBOANGA CITY — The Philippine Coast Guard (PCG) seized P120 million worth of undocumented shipment of rice in the waters off Olutanga town in Zamboanga Sibugay province on Sunday.

Balilo, in a statement, said the PCG’s ships were sent to the area after receiving a tip that the Philippine-registered ship MV J-Phia was transporting cargo transferred from a foreign vessel in the Sulu Sea.

Balilo said when pressed for questioning, the ship captain claimed that their last port of call was in Cagayan de Oro City but he could not provide any record of departure.

Capt. Ronie Gil Gaban, commander of the PCG’s southwestern district, said the PCG held the vessel for investigation “because of its suspicious movement.”

“[The crew members] switched off their radar when they sensed the presence of our patrol boats. That triggered further suspicion,” Gaban said.

“As of [Monday], no one had come forward to claim ownership of these goods,” Dagalea said.

Gaban said the ship had no permit to sail and lacked inspection documents.

“The boat itself [and its] crew had no papers. The rice cargo was undocumented,” he added.

“When we inspected the boat, we were surprised to see … sacks of rice. Even the sacks don’t have any legal label, just the marking ‘Asahi.’ The blue [sacks] have no packaging label and we believe these are smuggled rice,” Gaban said.

Balilo said the PCG would coordinate with the Bureau of Customs which would initiate forfeiture proceedings against the vessel. He said a smuggling case would be filed against its captain and crew members.  /kga /pdi