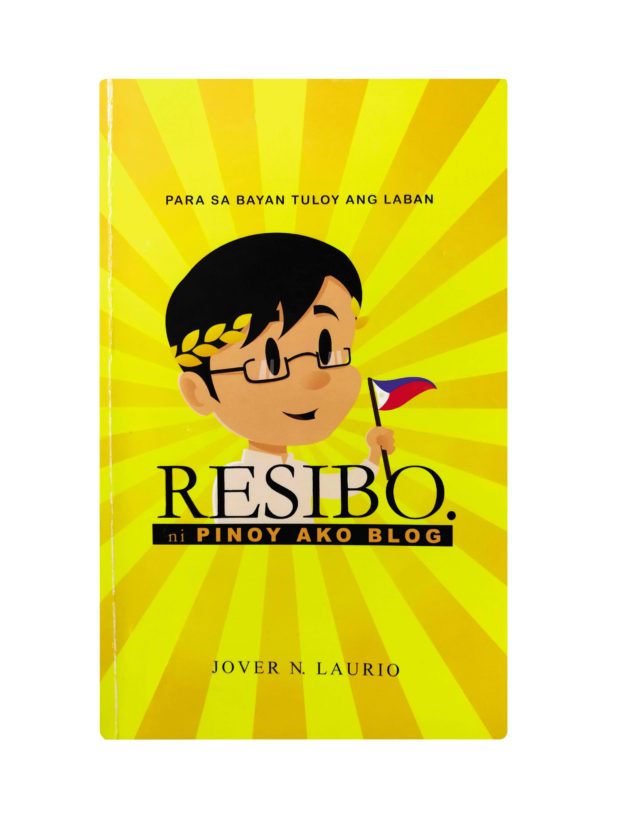 PAB: From blog to book

Like most people these days, Jover Laurio is always glued to her smartphone.

But unlike the typical social media creature, she’s online not to post photos on Facebook or Instagram, but primarily to counter the fake news and information in the latest tweets, blogs and FB posts of government officials and their propagandists.

For the past 15 months, starting on Sept. 26, 2016, Laurio has been debunking fake news through her Pinoy Ako Blog (or PAB, as she calls herself).

In letter form, right after the respectful salutation, “Dear … ,” Laurio calls out the deceptive remarks of her subjects, that she then seals with her trademark “Resibo”—screen shots of newspaper clippings, photographs or video clips that offer documented facts about the issue that fake news peddlers have tried to muddle up.

Netizens who have followed Laurio’s blog if only to separate grain from chaff will be glad to know that aside from its Facebook and Twitter links, PAB is now a book, titled “Resibo ni Pinoy Ako Blog.”

Laurio describes the book, which was formally launched on Saturday at Bantayog ng Mga Bayani in Quezon City, as “like a piece of history,” as it documents the unfolding history of a country reeling under a government that seems ill at ease with the truth.

She initially resisted the idea for “Resibo,” which was first broached to her in September 2017 by a group of friends, as she had wanted to protect her identity.

But outed and bullied online by netizens identified with Duterte supporters in October 2017, Laurio agreed to come out with a book, if only to reach an audience not active online.

In each of these letters— Laurio handpicked her top 100 posts—readers will seethe with anger or roll in laughter, but always end up with insights.

Choosing her top 100 posts was “madugo” (difficult), she said, because she had wanted to include everything.

Life has changed since she came out as Jover Laurio. But while she can handle the attention, she had to temporarily stop going to law school because of continuing threats, she says.

Laurio, 38, was born in Masbate, and was orphaned at a young age.  She grew up with an aunt and now lives in Manila with her adoptive “Mama” and another relative whom she helps send to school through her BPO day job. (She recently decided to quit after being offered another job that she says pays less, but is more fulfilling.)

Her immediate aim, says Laurio, is for the wayward subject to change for the better.

“Everyone has the responsibility to fight fake news,” she tells the Inquirer, adding that because of fake news, Filipinos seem lost and confused.

But politics takes a backseat in her love life, says Laurio whose boyfriend had campaigned for President Duterte.

“When we’re together, we don’t talk politics,” she quips.