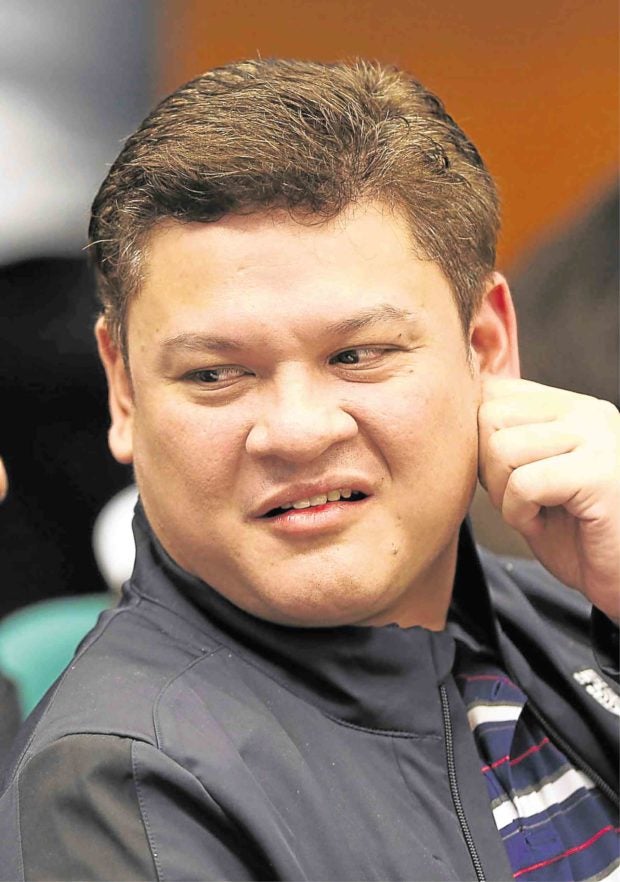 Paolo Duterte at the Senate hearing on a case of “shabu” (crystal meth) smuggling allegedly involving him. LYN RILLON

Following his resignation, Paolo kept himself scarce, feeding continued speculation about the real reasons he quit as vice mayor despite him earlier saying that he was giving up public office out of “delicadeza” after he was linked to a “shabu” (crystal meth) smuggling case and a public spat with his daughter, Isabelle.

Paolo’s social media presence was now limited to an Instagram account, PD375, but it was set to private, which meant access was allowed only for verified followers.

In defense of father

While Paolo’s Instagram account had over 16,000 followers, he had used his Facebook account in the past as his main social media link with the public. Through Facebook, Paolo had defended his father and the family from critics, often taking the discourse to such lows as to exchange insults with critics.

It was also on his Facebook account that the spat between him and his daughter, Isabelle, became public.

Paolo’s Facebook account disappeared in the afternoon of Dec. 25, a few hours after he announced his resignation as vice mayor.

“To all who supported me, especially to you Dabawenyo who trusted me, thank you and Merry Christmas to all!” read his last post.

It came with a footnote that “this page will be deleted this 3:00 p.m.” Paolo did not offer any explanation.

But a source told the Inquirer that it was Paolo’s official page as city vice mayor and not a private account.

“That was his official page as (Vice Mayor) Pulong. He is no longer the (vice mayor) so the page must also cease to exist,” said the source, who declined to be identified.

The source, however, said Paolo could still interact with his social media followers through his private Instagram account.

Paolo’s replacement as vice mayor, Councilor Bernard Al-ag, was likely to take his oath as the new vice mayor on Tuesday. He would serve Paolo’s remaining term in office until 2019. —Allan Nawal