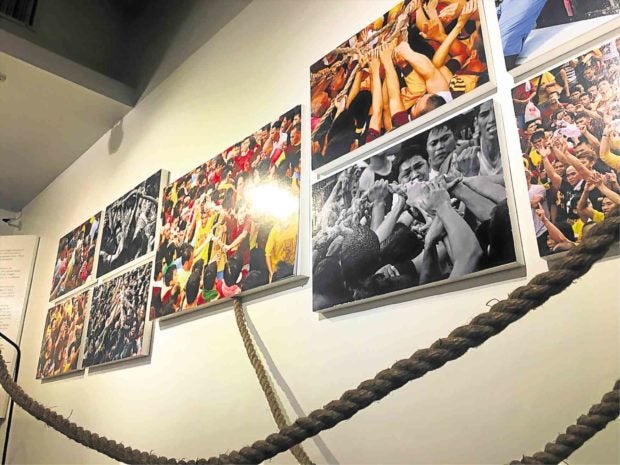 FROM SWARMING STREETS TO SILENT HALLS The religious event that draws millions to Quiapo, Manila, each year is presented as a cultural and social phenomenon that merges indigenous Filipino beliefs with Spanish Catholicism.—PHOTOS BY KRIXIA SUBINGSUBING

Once again on Jan. 9, the streets of central Manila will turn maroon and gold for the country’s biggest religious gathering, one centered on a centuries-old image of the cross-bearing Christ that is adored by millions of devotees as a source of hope and healing.

But the real “miracle” of the annual “Traslacion” of the iconic Black Nazarene of Quiapo has been the people themselves — the swarm of men and women who turn the annual procession both into a spectacle of faith and a test of physical endurance.

“It is their intensity, their motivation and internal desires, that make the traslacion an important event in the country,” said Ma. Yohana Frias, head of the research team behind the first exhibit mounted by the National Museum of Anthropology on the uniquely Filipino Catholic tradition.

This is why the monthlong exhibit, titled “Panata: Faith and Devotion to the Black Nazarene,” hardly features photographs or replicas of the statue itself. After all, the statue is just the “medium of the people’s faith,” Frias said.

“Panata,”  which will run until Jan. 28, features 45 photographs and 54 objects that depict the long and vibrant history of the Nazarene feast. The exhibit was curated by no less than the museum director himself, Jeremy Barns, and assistant director Dr. Ana Maria Labrador.

Frias said the museum put up an exhibit on the Black Nazarene to give it due recognition as an indelible part of Philippine Catholicism and culture. 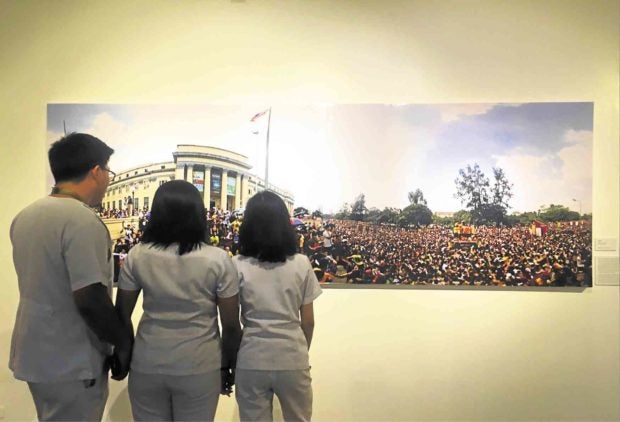 Most potent display of faith

“The museum has long had galleries devoted to the Bangsamoro and Islam, as well as our folk and indigenous traditions. So, of course, we also wanted to showcase the most potent display of Catholic faith in the country. We wanted to help explain the meaning behind this phenomenon, what is it about the image that draws hundreds of thousands of people,” she said.

For years, the traslacion has been attracting mostly barefoot devotees who risk injury or even death, jostling their way through crushing walls of flesh, just to touch the Nazarene image as it is paraded down a winding route from Quirino Grandstand back to its home, the minor basilica in Quiapo.

It has become, Frias said, a modern-day manifestation of “religious syncretism” or the interweaving of indigenous beliefs with the brand of Catholicism introduced by Spanish colonizers.

“When the Spaniards arrived, we already had our own belief systems in place. We practiced animism; we worshipped folklore gods through idols. So what they did was assimilate our traditions with their religion, thus forming a sort of ‘hybrid’ Catholicism. We may be the only Catholics in the world who venerate idols and images of Mother Mary, Jesus Christ and patron saints: We dab pieces of cloth on them, we kiss their feet.” 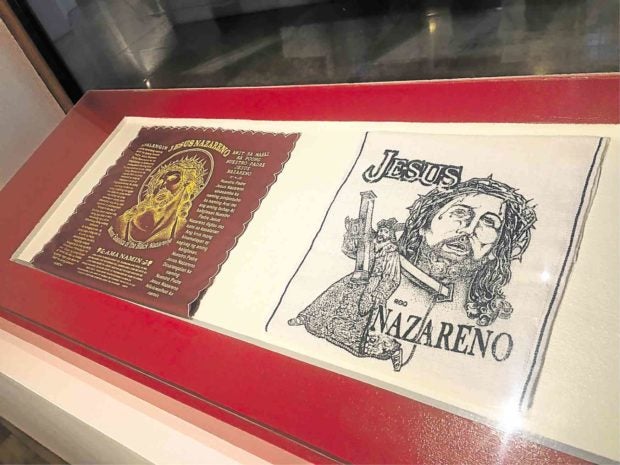 Critics have dismissed the practice as bordering on idolatry. But Frias said it would be simplistic to view the traslacion only through the prism of religion.

“It’s not just a religious event for devotees but also a sociocultural and even economic phenomenon. Families who join the procession get a chance to bond; some even pass the tradition down to younger generations. Vendors, meanwhile, make a livelihood out of it. It’s a rich and diverse event that can be appreciated not just through the perspective of the devotees but through its surrounding (contexts).”

The photos on display are grouped thematically. One section, for example, features the famous “rope” that is used to pull the carriage bearing the Nazarene—which in itself has become a target for devotees as they inch their way into the image.

“For many devotees, the rope is an extension of the image of Christ and just as miraculous,” Frias said. “It’s a concrete link between the faithful and the Nazarene. That’s why (being able to touch it) is both a blessing and a responsibility. They are obliged to pull the carriage properly and make sure it doesn’t get detached.”

Another panel focuses on the women devotees, some literally carrying their own crosses as they follow the procession along its fringes or diving straight into the main action for a brief contact with the rope, the carriage or the image.

“You’ll be surprised by the tenacity of the women. You will really appreciate their strength,” Frias said. 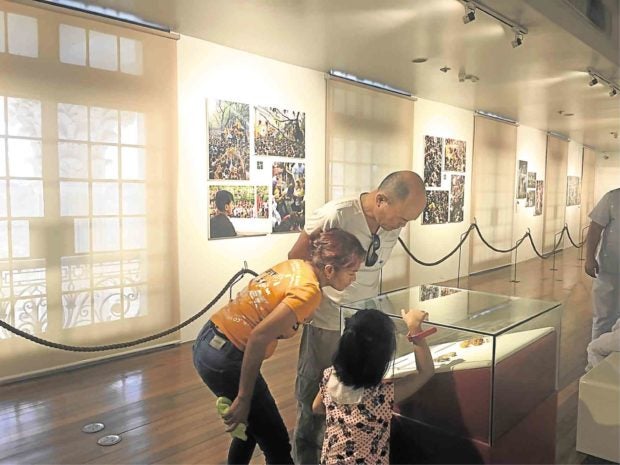 The exhibit also showcases up to 54 “artifacts” from Quiapo Church—or the sidewalk market for herbal medicines, religious items and amulets that thrives around it.

“It’s interesting because these things are part of indigenous beliefs, not Catholic faith, and yet they persist alongside the Nazarene,” Frias said. “It’s part of our old practice where we believe that we could contain spirits in common objects, turning them into talismans or ‘anting-anting,’ and we also do the same for the Nazarene.”

Among the merchandise is the so-called “Nazarene oil” that is supposedly extracted from herbs and endowed with healing properties after being blessed by a priest.

For a nondevotee like Frias, just watching the traslacion unfold each year can be “surreal because you can really see, feel, even smell the passion of the devotees. If there is anything I have learned over the years, it is to understand that faith manifests itself differently for people.”

She recalled doing a photo coverage of the procession in 2016, when she had to climb a tree near Jones Bridge for a good shot. “At that moment when the carriage was passing in front of me, I found myself having this strong urge to also touch the statue and revel in its mystique. I even joked to my father (who accompanied me): ‘I’ll jump in!’”

Ultimately, devotees participate in the traslacion to seek favors for themselves or their family, she said. “For me, that is the most genuine emotion, that you do it for yourself and not for some higher purpose. It’s an admission that the tradition is driven by an internal motivation. And that is something that cannot be invalidated by other people.”