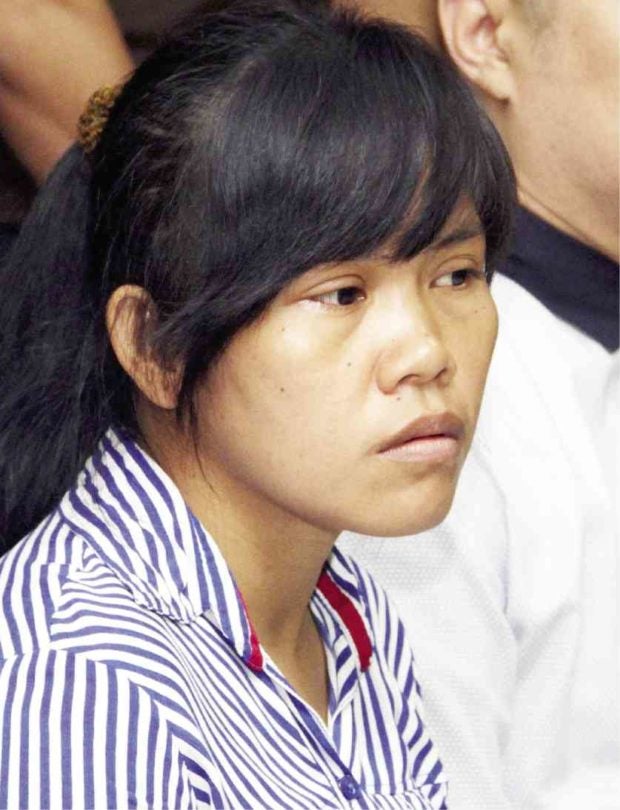 The Court of Appeals (CA) has permanently barred a judge in Nueva Ecija from taking the testimony of overseas Filipino worker Mary Jane Veloso against a couple she had accused of recruiting her as a drug mule.

In an 18-page decision issued on Dec. 13, 2017, the appeals court’s 11th Division ruled that Judge Anarica Castillo-Reyes of  Sto. Domingo Regional Trial Court (RTC) erred when she allowed Veloso to execute a deposition from her prison cell in Yogyakarta, Indonesia, against defendants Maria Cristina Sergio and her live-in partner Julius Lacanilao.

The appeals court, which earlier issued a temporary restraining order, ruled that the process laid down by Reyes in taking Veloso’s testimony without giving Sergio and Lacanilao the opportunity to cross-examine Veloso violated rules of court and the couple’s constitutional right to confront their accuser.

“While we commiserate with the plight of Mary Jane and recognize the prosecution’s need to take and perpetuate her testimony, unless and until the aforementioned constitutional and statutory provisions are revised, modified or amended, we have no other option but to apply the same,” stated the decision, written by Justice Ramon Bato Jr.

The other division members, Justice Manuel Barrios and Justice Renato Francisco, concurred in the ruling.

Veloso was supposed to be executed in March 2015 but the Indonesian government granted her a reprieve so she and the Philippine authorities could go after her supposed recruiters and the members of a transnational syndicate that smuggles illegal drugs into Indonesia.

Police eventually arrested Sergio and Lacanilao, who were charged with human trafficking.

Through their counsels from the Public Attorney’s Office, they asked the CA to intervene after the Nueva Ecija RTC rejected their plea to stop the taking of Veloso’s deposition and presentation of her testimony in the trial.

“Her testimony is being prevented by our own courts, the Court of Appeals in particular, upon the behest of the accused illegal recruiters’ defense team, which is both disappointing and ironic,” NUPL’s Edre Olalia said.