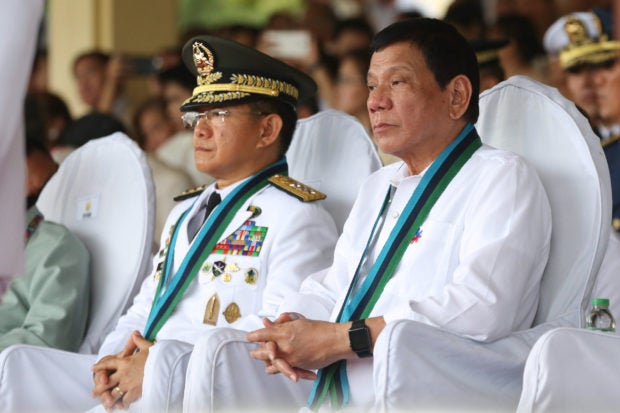 President Rodrigo Duterte has appointed former Armed Forces of the Philippiens (AFP) chief and now interior undersecretary Eduardo Año as officer-in-charge of the Department of Interior and Local Government (DILG).

Año, whose appointment paper was signed on January 4, replaced Catalino Cuy at the DILG after Duterte has appointed Cuy as the new chairperson of the Danetous Drugs Board (DDB).

Duterte had earlier said he wanted Año to be the next DILG chief.

But Año’s immediate appointment as secretary of the DILG is prohibited under Republic Act 6975 or the Department of the Interior and Local Government Act of 1990, which states that “no retired or resigned military officer or police official may be appointed as Secretary within one year from the date of his retirement or resignation.”              /kga 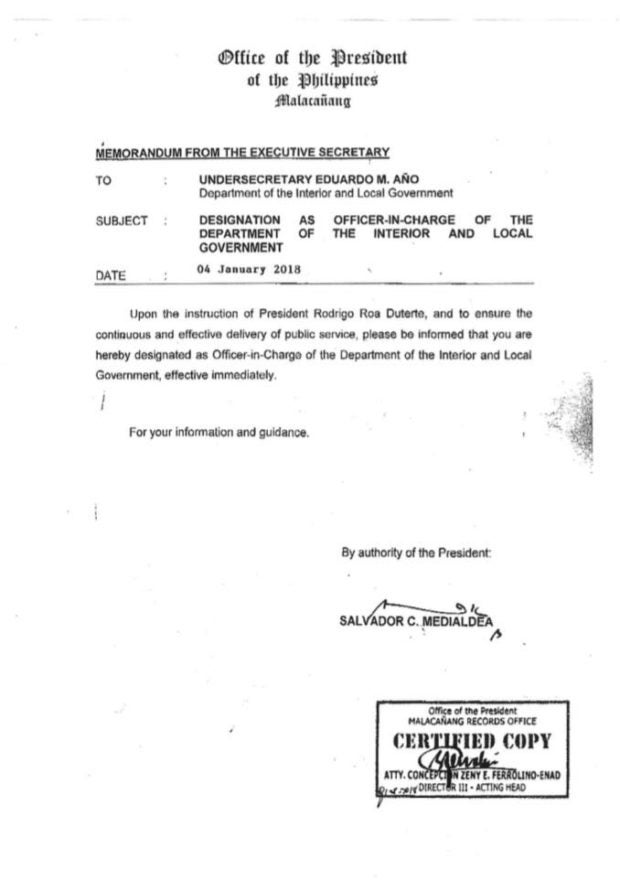