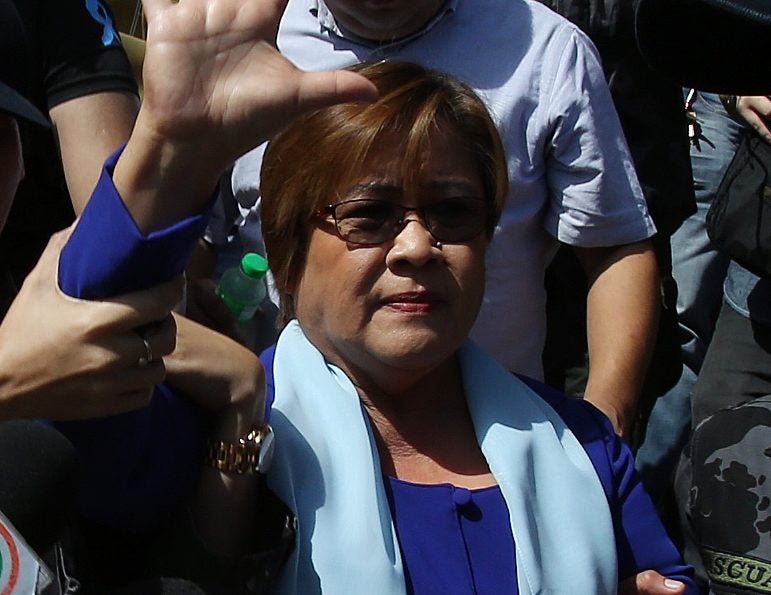 Recently, PDEA Director General Aaron Aquino revealed that one of the 19 Bilibid convicts facilitated a one-ton shabu shipment, which was sent through a Taiwanese vessel last November. The PDEA did not identify the said inmate.

“How can this government succeed in its ‘unrelenting’ campaign to end illegal drugs menace when it could not even stop convicted drug lords under its custody from conducting their business?” De Lima said in her latest dispatch from detention.

De Lima was detained over drug-related charges after some high-profile inmates testified that she benefitted from the illegal drug business inside Bilibid when she was still the Justice secretary.

De Lima said the the Duterte administration’s desperation to fabricate charges against her led them to strike a deal with the drug lords—“their testimonies of lies in exchange for the restoration of their privileges which enabled them to resume their illegal drug operations.”

“It was a perfect pact with the devil which was instrumental in my unjust detention. It also exposed this regime’s war on drugs as fraud with only the powerless and competitors as targets, while allies and those willing to ‘cooperate’ remain scot-free and given posts in government,” she said.

De Lima added that the resurgence of drug trading in the national penitentiary, as well as the P6.4 billion shabu shipment in May serve as “two major indicators” that the Filipinos are “being taken for a ride, big time, and at a very high cost for the more than 13,000 Filipinos killed and their kin.” /je