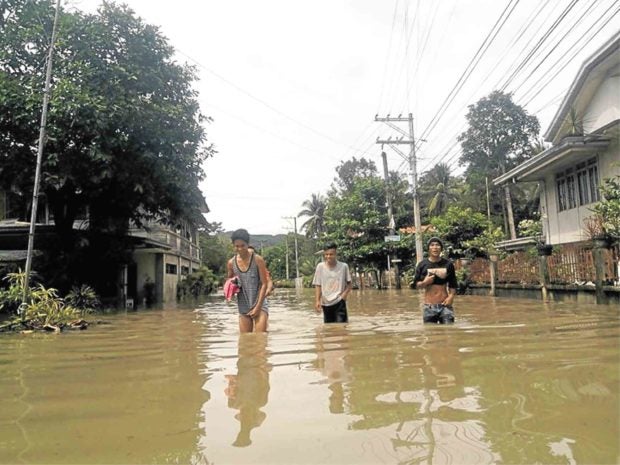 Tropical Cyclone “Agaton” (international name: Bolaven) crossed Palawan province on its way out of the country on Wednesday but the government weather bureau warned of continuing rains and rough seas in Luzon.

In its weather bulletin issued at 2 p.m. on Wednesday, the Philippine Atmospheric, Geophysical and Astronomical Services Administration warned of possible floods and landslides due to continued moderate to heavy rains over the Bicol region and the provinces of Rizal, Aurora and Quezon due to the tail-end of a cold front.

But all storm signals had been lifted, even as Agaton strengthened to a tropical storm as it exited the Philippine area of responsibility through the West Philippine Sea, west-northwest of Puerto Princesa City.

Mina Marasigan, NDRRMC spokesperson, said despite the challenge posed by the New Year celebration in areas on the path of Agaton, the government’s call to evacuate was heeded. 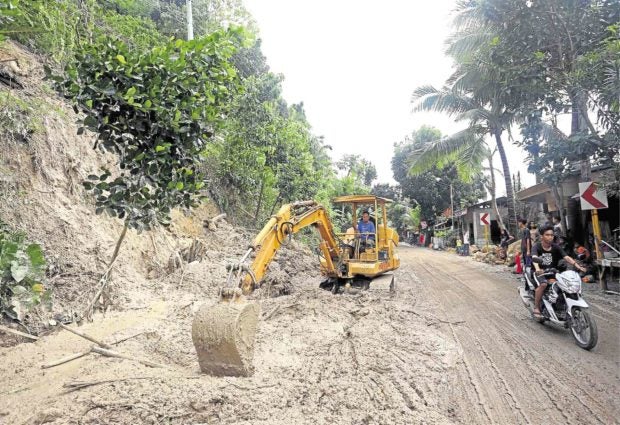 A village road at Ginatilan town in Cebu province is cleared of mud and other debris following a landslide. —LITO TECSON / CEBU DAILY NEWS

In Palawan, initial reports from monitoring centers of the provincial and city governments indicated “zero casualty” from Agaton.

In Puerto Princesa City, where Agaton passed through on Tuesday afternoon, some 3,000 residents in coastal villages sought shelter at centers prepared by the city government. At least 1,524 families in 11 towns moved to evacuation sites.

Many of them started returning home on Wednesday.

In Bicol, however, Agaton’s heavy rains led to the suspension of classes, cancellation of flights and the evacuation of hundreds of people as floods and landslides hit the region, said Claudio Yucot, Office of Civil Defense regional director.

The Department of Public Works and Highways in Catanduanes province said five major road networks in the towns of Viga, Caramoran and Gigmoto were hit by landslides. 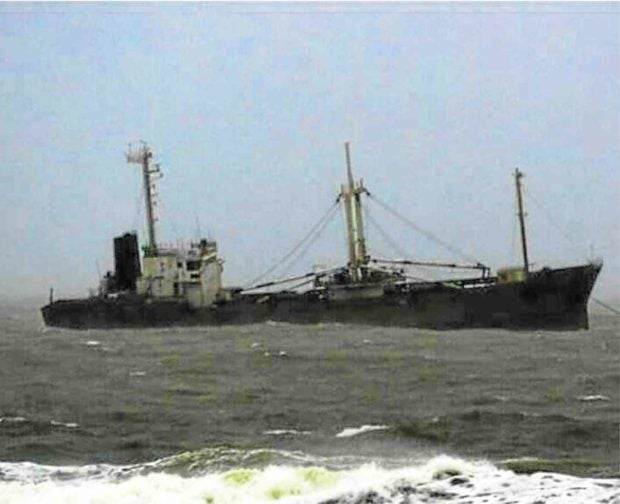 In Northern Samar province, a Chinese-registered cargo vessel sank in the waters off Pambujan town on Tuesday after it was battered by strong winds and waves spawned by Agaton.

The nine crew members of Jin Ming No. 16, however, were rescued after they sent a distress signal to the Philippine Coast Guard.

Police said the vessel left China on Dec. 12 and was heading to Chile when it was battered by huge waves, damaging its hull.

In the Visayas, more than 5,000 evacuees had yet to return home on Wednesday after floods hit Capiz and Aklan provinces.