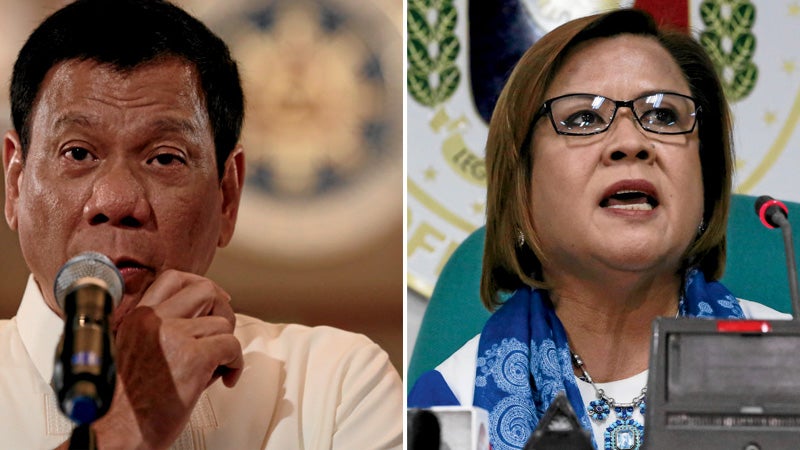 This was how Senator Leila de Lima viewed the latest Social Weather Stations (SWS) survey which showed an increase in the satisfaction rating of President Rodrigo Duterte on the fourth quarter of 2017.

“To be completely honest, I cannot fathom the reasons why the ultra rich – which I presume accounts for perhaps the best educated and informed members of society – would find satisfaction in what is happening in our country lately,” De Lima said in a statement on Wednesday.

The detained senator noted “creeping martial and authoritarian rule, peace and order situation, war on drugs, rampant corruption, and traffic situation” as some of the current conditions of the country under Duterte’s administration.

“Why would the ABs stand for these?” the lawmaker asked.

According to the survey, Duterte’s net satisfaction ratings bounced back by 10 points to 58 percent in the fourth quarter of 2017.

The survey, which was conducted among 1,200 adults nationwide, had a margin of error of ±3% nationwide, ±4% for Luzon, and ±6% each for Metro Manila, Visayas and Mindanao. /je