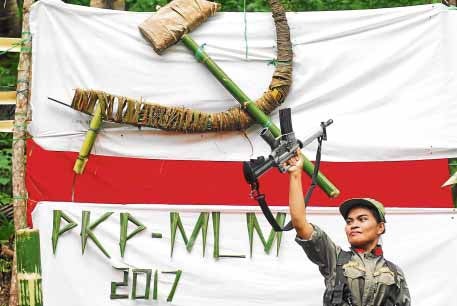 The military on Tuesday urged communist rebels to surrender or face a full-scale offensive after the two sides terminated their separate unilateral ceasefires for the Christmas and New Year holidays.

Malacañang also said it was not inclined to resume peace talks, which were canceled early in December last year by President Rodrigo Duterte, who later declared the Communist Party of the Philippines (CPP) and its armed wing, the New People’s Army (NPA), terrorist organizations.

“They (rebels) still have the time to think about the welfare of their respective families. And we assure the rebels who will surrender that the government will provide all the necessary assistance to them,” said Col. Teody Toribio, acting spokesperson for the military’s Southern Luzon Command.

Toribio said government forces in the Southern Tagalog and Bicol regions would launch all-out counterinsurgency operations to crush the NPA after the end of the truce at midnight on Tuesday.

Army troops on Mindoro Island said they were extending their “open arms to [those] rebels who decide to walk the path of genuine peace, meaningful progress and principled lives,” according to Capt. Christopher Cuenca, spokesperson for the Army’s 203rd Infantry Brigade.

On Sunday, CPP founding chair Jose Maria Sison said his New Year’s wish was for the two sides to return to the negotiating table.

Presidential spokesperson Harry Roque on Tuesday said there was little chance of that.

If the rebels wanted to resume talks, “they need to show and prove good faith,” he said.

Roque noted that the rebels violated their own ceasefire.

On Christmas Day, NPA fighters tried to abduct a member of the Cafgu Active Auxiliary in Compostela Valley and harassed a military outpost in the same province. —With a report from Leila B. Salaverria