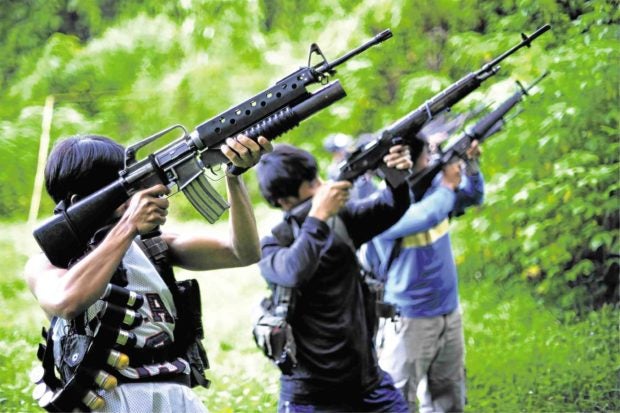 In an online interview on Sunday from the Netherlands, where he is on self-exile, Sison said that Mr. Duterte “should return to the negotiating table” in 2018.

“He should allow the GRP (Government of the Republic of the Philippines) and NDFP (National Democratic Front of the Philippines) panels to work out the comprehensive agreements on social, economic and political reforms to lay the basis for a just and lasting peace,” he said.

There is an edge of sarcasm, though, in Sison’s statement.

“There is time for Mr. Duterte to reconsider his scheme of imposing fascist dictatorship which is too bloody and messy,” he said.

The peace negotiation under the Duterte administration started on a high note after four rounds of negotiations. But in May, he suspended the talks and dashed hopes of ending the almost five decades of communist rebellion in the country.

The President accused the CPP of insincerity and denounced its armed wing, New People’s Army (NPA), for its continued attacks on government forces that also victimized civilians.

Despite his call for the resumption of peace negotiations, Sison said he was confident that the Filipino people would rise up against the Duterte administration.

“They must overcome the anticipated deterioration of the economy and the rise of fascist dictatorship,” he said.

On a personal note, Sison wished that he and his wife Julie would “stay healthy [so we could] stay active in serving the Filipino people in their struggle for national and social liberation.” —DELFIN T. MALLARI JR.