Police cordon off part of Shaw Blvd. after shooting incident 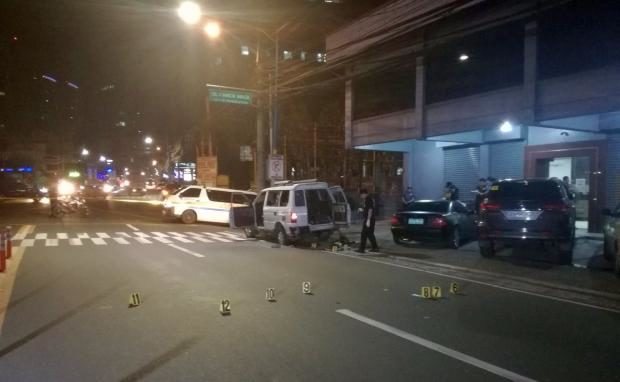 A stretch of Shaw Boulevard in the vicinity of its intersection with Old Wack Wack Road was cordoned off to traffic by Mandaluyong police past 11:30 p.m. on Thursday shortly after a shooting incident, according to reporter Justine Punsalang of Radyo Inquirer.

The man’s companion was reportedly taken to a hospital.

Investigators were checking out eyewitness accounts that the incident was a case of mistaken identity, Senior Supt. Moises Villaceran Jr., said in an interveiw with TeleRadyo DZMM,

Citing witnesses, Villaceran said some law enforcers seemed to have mistaken the man’s vehicle as the one used by assailants in an earlier shooting in the area.

As of this posting, Scene of the Crime Operatives are still investigating the incident. /atm