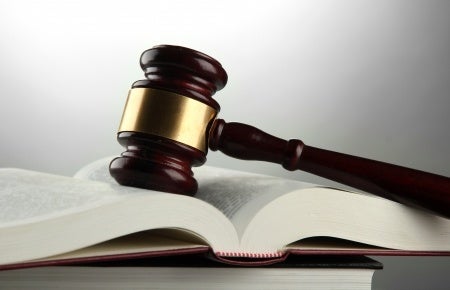 The Manila Regional Trial Court (RTC) has convicted nine policemen for the murder of Esmael Omar who was taken for a rebel but turned out to be an overseas Filipino worker (OFW).

In a 94-page ruling dated Nov. 9 but only provided to the media on Thursday, Manila RTC Branch 41 sentenced the lawmen to six to twelve years in prison.

The two were killed amid a bomb scare in Metro Manila.

The policemen said their operation was legitimate and that they were only defending themselves during the incident.

However, prosecution witness Linang Anguso said the two were OFWs who were set to leave for Jeddah the next month.

In its ruling, the court said the policemen demonstrated a “determined effort” to kill them, and not just defend themselves.

“Even if this Court would consider that he (Omar) was in possession of a revolver as posed by the defense, the multiple gunshots he sustained which led to his death cannot, by any stretch of imagination, be deemed as an act of self-preservation on the part of the accused police officers,” it said.

While a murder case was filed for the death of Akmad, the Manila RTC absolved the policemen since the prosecution witness only pointed to Tibor as the shooter.

“Further guided by the onus probandi (burden of proof) in criminal cases which requires moral certainty, this Court finds and so holds that acquitting the six accused of the first charge (Akmad’s death) would be in keeping with the ends of justice,” the court said.

Aside from imprisonment, the Manila RTC also ordered the policemen to pay the heirs of Esmael Omar P75,000 for death indemnity, P75,000 for moral damages, and P30,000 for exemplary damages. /cbb