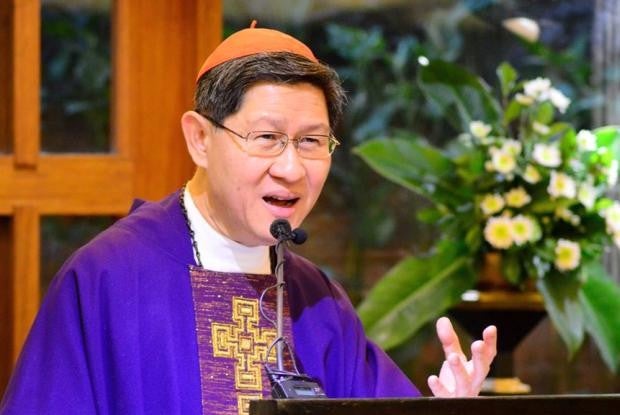 Simple acts of kindness and generosity should go beyond the Christmas season.

This was the appeal of Manila Archbishop Luis Antonio Cardinal Tagle as he called on the faithful to “develop and spread a culture of Christian joy beyond Christmas.”

In his two-page Christmas Day message, the prelate stressed that the joy of the season is “about Jesus’ kindness and goodness that we manifest to one another.”

“Let us imagine a world where those simple acts of Christmas kindness and goodness generate a new culture when done repeatedly even outside the Christmas season,” Tagle said.

According to him, such culture “embodies the enduring joy of Jesus’ coming” that is “contrary to the false joys or thrills that excite us temporarily.”

Tagle noted that during Christmas, Filipinos try to come up with creative ways of making others happy, but warned against those “false joys or thrills” that include destroying lives, accumulating possessions, getting ahead of others, retaliating, and isolating others.

The prelate then cited the type of kindness that was manifested in the Catholic Church’s rehabilitation program, and in Muslims, who protected Christians during the five-month Marawi City siege.

“We witnessed this joy among the drug dependents who had completed the Sanlakbay Parish drug rehabilitation program, their families, the barangay officials, the police and volunteers,” he said.

“We saw this joy in our Muslim brothers and sisters who had protected Christians from persecution in Marawi, and joy in the Christians who had experienced heroic love from those who differed from them,” he added.

Tagle then encouraged Catholics to foster “good will that produces acts of kindness and goodness.”