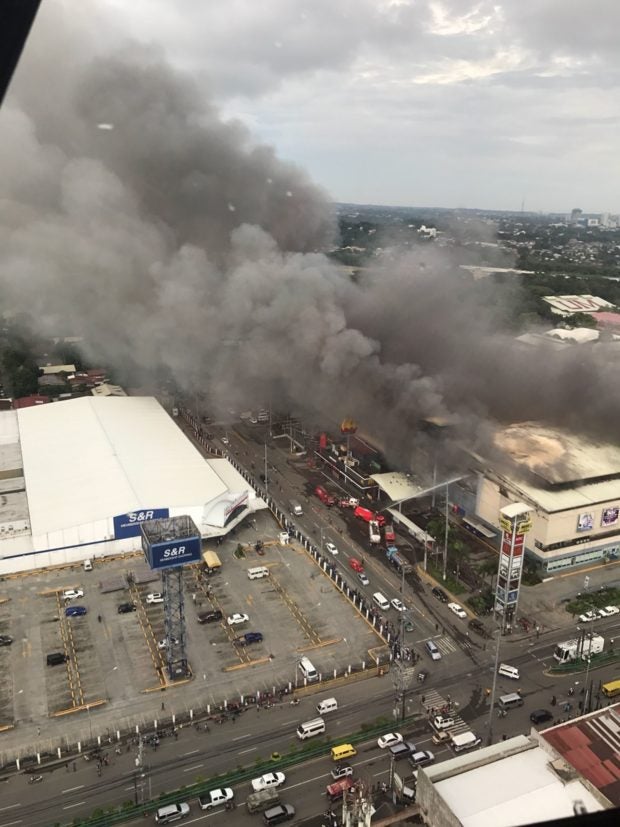 Fire razes NCCC mall in Davao City on Saturday, December 23, 2017. Officials say there were no survivors among individuals trapped in the building. (INQUIRER PHOTO)

DAVAO CITY – Officials have declared “zero survival” among individuals trapped in the fire that hit NCCC Mall here on Saturday.

President Rodrigo Duterte broke the sad news to relatives of the 37 missing persons (not 28 as reported earlier) who were anxiously waiting for news across the ill-fated mall around 2:30 a.m.

“Let us pray for them,” said Vice Mayor Paolo Duterte, who accompanied his father and sister, Mayor Sara Duterte-Carpio.

Most of the victims were workers of BPO firm SSI, which held office at the uppermost floor of the mall.

Below are the names of the 37 victims, whose “chances of survival is zero,” as posted around 4 a.m. on the Facebook page of Vice Mayor Duterte: