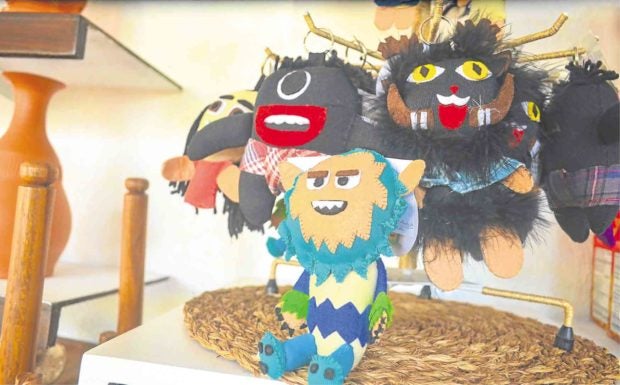 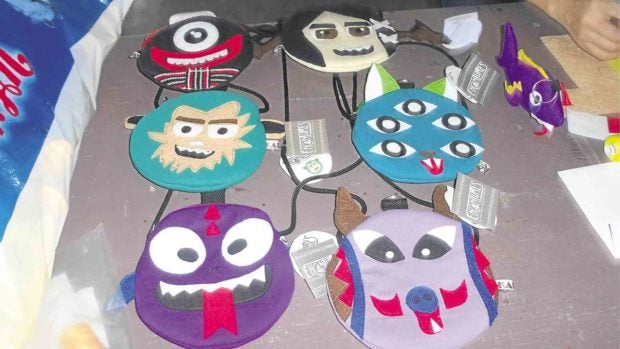 NAGA CITY—The tiny dolls look like monsters—ugly and weird. Even Pia, one of the makers, thought so herself.

Pia, 35, and at least 30 other women inmates of the Bureau of Jail Management and Penology (BJMP) in Naga City are sewing the dolls called “Encantures,” derived from “encanto” (enchanted beings) and creature.

The items are reimagined Filipino mythical and folklore creatures that are meant to appeal to the Filipino youth.

“We were inspired by a book detailing the Philippine mythical characters,” said Anna Francia Tagas, operations and productions manager of Karaw Craftventures. “We want to introduce our own mythical characters to the new generation.”

The young people, Tagas said, were familiar with Western cartoon characters but not with local mythical ones.

Karaw Craftventures is a social enterprise that helps poor artisans and their communities. It started as a college project in 2010 and formally established in 2012. It has since partnered with the BJMP.

The characters of Encantures include the giant wild boar Tandayag in Bicol’s Ibalong; Dragon Bakunawa, believed to be the cause of eclipses; Tamawo, the flute-playing Hiligaynon elf that tricks children and women into eating food that transform them into elves; Bungisngis, the Tagalog Cyclops who likes stealing food; Bicolano moon fairy Haliya; Berkakan, the crocodile or shark-like creature that swallowed Lam-ang in “Biag ni Lam-ang” (Life of Lam-ang); fishermen’s deity Amansinaya; Oriol, the python deity in Ibalong; the Manananggal that cuts itself from the waist and preys on unborn children; Daligmata, the multieyed Visayan monster that helps people look for lost things; and Makaboteng, the Tinggian spirit that takes care of wild boars and deer.

“For us who don’t have regular visitors, making Encantures keeps us busy,” said Pia, 35, who is in jail for alleged involvement in illegal drugs. 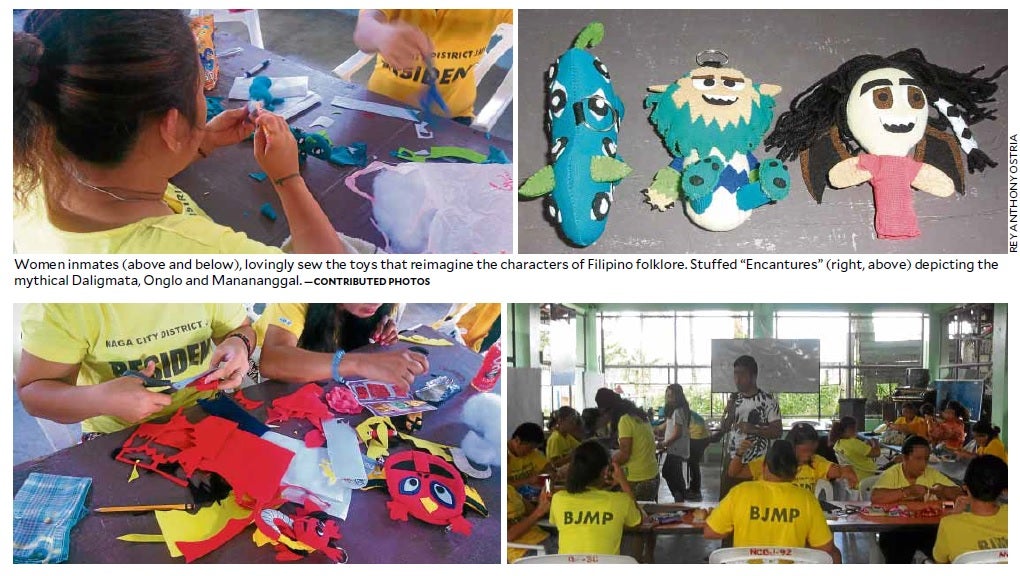 “Before Karaw Craftventures employed us, we did not have activities to waste our days on. At least now, we have activities that can clear our minds. We used to feel that the days are way too long here,” she said.

Pia had worked abroad for a company that exports and imports clothes and accessories. She teaches other inmates how to sew and follow the
designs.

“I make sure that the dolls and the accessories are well-made and ready to be handed to Karaw Craftventures,” she said.

One of the most difficult to make is the Onglo doll, Pia said. An Onglo is the ogre in Waray literature that eats shells, and has elbows and knees as hard as rocks.

“One resident is only able to produce two Onglos a day,” she said.

The women are paid per piece, or the amount equivalent to 12 to 15 percent of the price. The pay is enough to get them through the days and that makes it easier for their families as well, Jail Officer 1 Glen Climaco said.

“We are also open to accepting them as soon as they are released from jail,” Tagas said. 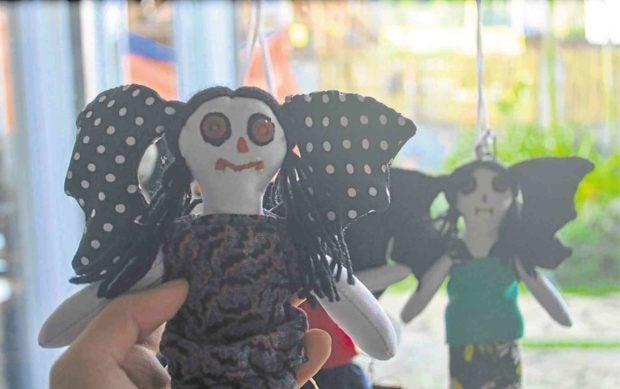 She said the Encantures and MuñeQUEta, the voodoo and wish dolls also sewn by the BJMP residents, had been bought by buyers abroad, even reaching as far as Sweden and Colombia.

Climaco, inmate welfare and development officer, cited the importance of activities like these to the residents.

“For their development and rehabilitation, it’s always helpful to keep them busy so that their stay here is productive,” Climaco said. “It also helps them as artisans to generate income.”

According to the warden, Metz Milton Placencia, the Therapeutic Community Modality Program (TCMP) will equip the inmates with skills necessary for their return to the community.

Paul Andrew Orpiada, owner and founder of Karaw Craftventures, said the partnership with the BJMP began after one of their apostolate feeding activities.

“Our visit struck me because even in a short encounter with the [residents], I have heard their stories of physical, emotional and psychological struggles inside the jail,” Orpiada said.

“The congested prison cells deprive them of breathable space. All of these lead to the dehumanizing condition that makes their rehabilitation difficult to achieve,” he added.

Orpiada hoped that the Encantures project would help the women reenter society with greater employability.

“They also have the right to livelihood. It is basic privilege to be given good and dignified opportunities for the welfare of the residents and their families,” he said.