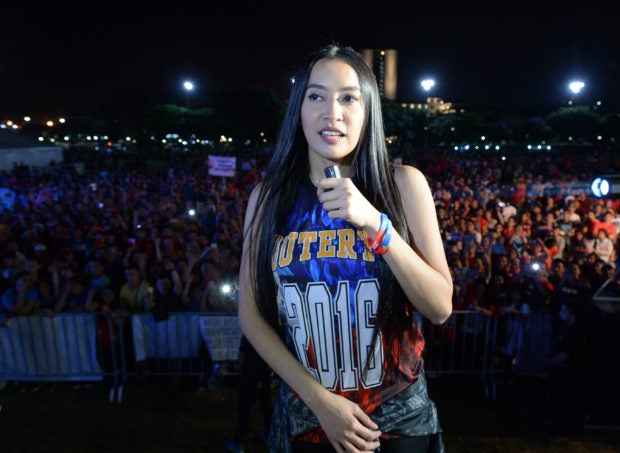 Uson, in a Facebook post, said it was her personal view that there was nothing wrong with what Isabelle did.

She said Isabelle was being condemned as if she had killed someone.

She also responded to observations that the photo shoot was done in bad taste in light of Mr. Duterte’s claim that he leads a simple life.

According to her, it was the tradition among Filipinos, even those who are not well-off, to spend for a daughter’s debut. Isabelle is the eldest daughter of Davao City Vice Mayor Paolo Duterte.

It is also the first family’s privilege to use Malacañang, she said.

“This is the grandchild of the President. Let us give her some understanding. She is just proud and excited because her grandfather is the president,” she said.

Uson, who got her Palace post for being a die-hard Duterte supporter, also said anybody who enters Malacañang for the first time will surely have his or her picture taken there.

Netizens, however, pointed out a specific photo wherein Isabelle posed in front of the national coat of arms.

They cited Executive Order No. 310 s. 2004 of the Philippine Constitution, which states the permitted and prohibited use of the symbol.