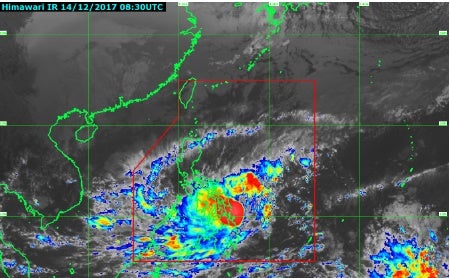 CEBU CITY—About 300 individuals were left stranded at several ports in Cebu province due to rough seas that prevented vessels from sailing in the Visayas region brought by tropical storm “Urduja.”

Data from the Philippine Coast Guard-Cebu Station (PCG-Cebu) revealed that a total of 22 passenger ferries and nine cargo ships were grounded as of noon on Thursday. They also accounted a total of 280 passengers who were left stranded after their voyages were cancelled.

Most of the vessels were bound for areas in Southern Leyte such as Ormoc City and the towns of Maasin, Villaba, Palompon, and Isabel.

On the other hand, Department of Education-Cebu Province (DepEd-Cebu) Division Superintendent Rhea Mar Angtud announced that all classes in pre-elementary and elementary levels, both public and private, all over the province are suspended on Thursday and Friday due to Urduja’s presence.

“Cebu Gov. Hilario Davide III announced the decision. It’s up to LGUs’ (local government units) discretion to suspend classes in the secondary level,” Angtud said.
The municipal governments of Daanbantayan, Santa Fe in Bantayan Island, and Sogod in northern Cebu have expanded the suspension of classes to the secondary level.

Urduja has intensified from tropical depression into tropical storm as of the 2 p.m., according to the severe weather bulletin issued by Pagasa. The storm’s eye was last spotted 90 kilometers southeast of Guiauan, Eastern Samar.