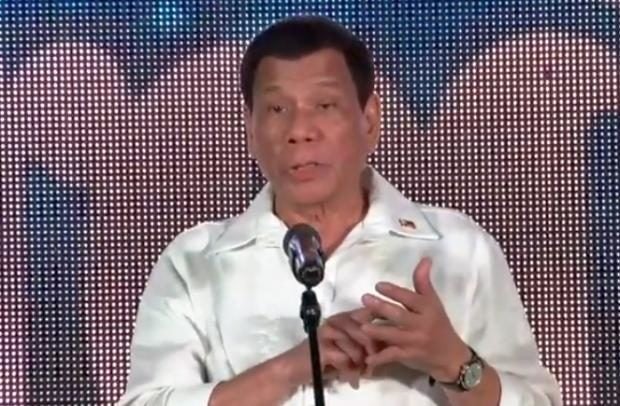 President Rodrigo Duterte has said he was willing to have a compromise with television network ABS-CBN in one condition: promote federalism.

Duterte had previously threatened to block the renewal of ABS-CBN television’s franchise when it expires in 2020.

He has accused the giant network of estafa for supposedly not providing him the airtime he had paid for during the election period.

During his speech, the President again slammed the Lopezes, which owns ABS-CBN for its supposed debt with the government.

Duterte said he had not forgotten the debt of ABS-CBN but said he was willing to talk and shake hands with the owners of ABS-CBN.

“But kayo, may mali man rin kayo, may utang rin kayo sa gobyerno, do your part and maybe we can talk about it,’ he said.

“I will go to you and say… Wala akong hingiin. Just dedicate a portion of your time, your expensive and precious time on TV, help us promote federalism, only the good ones. But if you think that it is not into your system, fine,” he added.

But said he wasn’t asking for anything but to support his agenda on federalism.

Duterte assured he wasn’t asking the giant network to stop its criticisms on corruption.

“You can continue with your criticisms about corruption. Pareho tayo ayaw ng corruption and wrongdoing,’ he said. /cbb