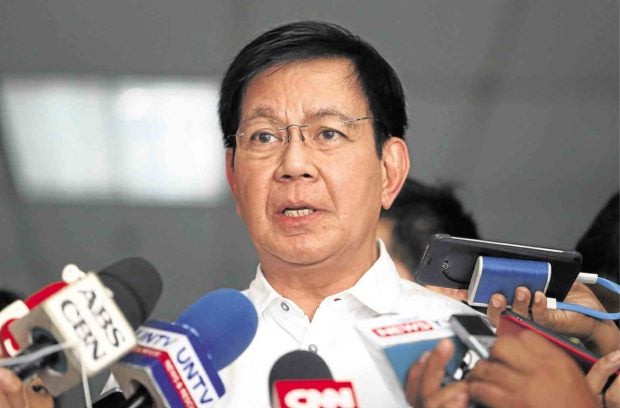 The Senate on Tuesday night ratified the reconciled P3.767-trillion national budget for 2018 that included restored and additional funding worth billions of pesos for local road projects, police body cameras, helicopters and medicines for cancer patients.

While not objecting to the ratification of the budget, Sen. Panfilo Lacson questioned why an additional P11 billion was granted to the Department of Public Works and Highways (DPWH) and his amendments were restored.

The Senate earlier moved to cut P50.7 billion from the budget of the DPWH for right-of-way (ROW) acquisitions as proposed by Lacson, who pushed to further slash the agency’s budget by P18.389 billion over its failure to disaggregate the ROW cost in its infrastructure projects for 2018.

He said that while the DPWH provided the committee a list disaggregating the P50.7 billion at the last minute, it did not enumerate claimants for the allocation.

No list of claimants was provided either for the additional P11 billion and the P18 billion he earlier questioned, Lacson said.

“I am interested in finding out why it was given an additional budget? Whose projects are those?” he asked.

Lacson also said that during the first conference, the Senate and the House panels agreed that a copy of the small group’s output would be made available at least 24 hours before the signing of the bicameral report to give him time to study it.

But only summaries of the appropriations in lump-sum amounts were submitted to his office on Monday afternoon, he said.

Sen. Loren Legarda, chair of the Senate committee on finance, said Lacson would be provided the details before the Senate went on a monthlong break on Friday.

“The P11 billion will be broken down line by line per project. It’s not a lump-sum amount. Before the break, we will submit in full transparency,” Legarda said.

Enumerating the highlights of the reconciled 2018 budget, Legarda said the P500 million programmed for the Department of the Interior and Local Government’s anticrime drive, “Masa Masid” was deleted and earmarked for the maintenance and other operating expenses of police precincts.

The Philippine National Police Internal Affairs Service has also been given an additional P70 million to “ensure that they have sufficient funds to conduct investigation on erring policemen,” Legarda said.

The P1 billion slashed from the Department of Social Welfare and Development was also restored to finance the implementation of the tax reform cash transfer project on account of the passage of the tax reform bill, she said.