‘What will prevent gov’t from declaring martial law in other areas?’ – Lacson | Inquirer News

‘What will prevent gov’t from declaring martial law in other areas?’ – Lacson 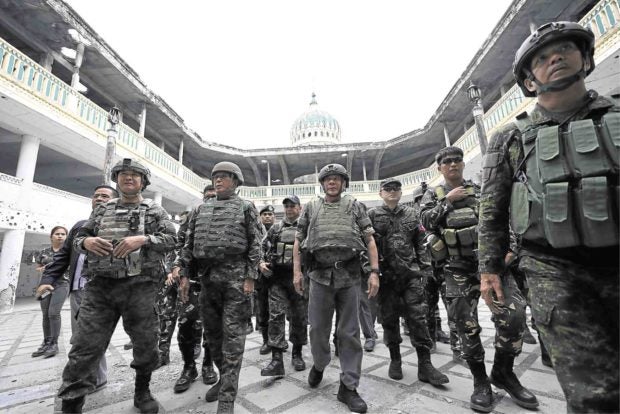 With the communist rebels being used to justify the extension of martial law in Mindanao, then what would prevent the government from declaring the same in other areas in the country?

Senator Panfilo Lacson raised this question on Tuesday while he expressed his inclination to support the one-year extension being sought by President Rodrigo Duterte if only to give “added boost” in the military’s campaign against terrorism.

Besides, Lacson pointed out that the NPA threats were not included in the President’s original request from Congress when he first declared martial law in Mindanao last May after the Marawi siege by the Maute terrorist group.

Instead of asking for extension, Lacson said it might be more appropriate if the President would declare a new martial law, which should be submitted to Congress for approval.

The senator also acknowledged that the basis for the extension was lacking if Congress would strictly follow the letters of the Constitution, which requires among others the presence of actual rebellion and uprising.

Nevertheless, Lacson said he was inclined to support the proposed one-year extension of martial law in Mindanao.

“I’m supportive only if to give the Armed Forces of the Philippines and the Philippine National Police the psychological boost,” he said.