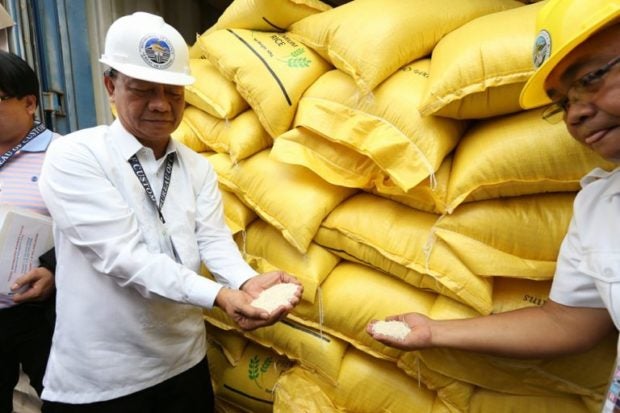 CEBU CITY – At least P80 million worth of goods made up mostly of smuggled rice inside 71 shipping containers were confiscated on Monday by the Bureau of Customs (BOC) at the Port of Cebu.

According to the Bureau of Customs, the smuggled rice from China that were found inside the confiscated shipping containers had an estimated worth of P83.3 million.

“We received reports from Manila that the shipment supposedly declared as tiles but initial X-ray inspection showed that the containers actually held rice,” said Lapena, who received the information about the misdeclared goods on December 7.

Read Next
NDRRMC: Warning of strong typhoon coming in December is a hoax
EDITORS' PICK
What to watch out for when selecting a video surveillance solution
Heads may roll at BOC, says Palace if sugar smugglers are allowed to use recycled import permits
vivo brings to the Philippines a powerful smartphone with a slimmer body, the vivo Y02s for only PHP 6,499
Palace: Biggest supermarkets in PH commit to sell sugar at P70 per kilo
DOH reports increase in daily COVID-19 deaths, mostly unvaxxed
House energy committee chair Arroyo bats for cheap electricity
MOST READ
DepEd to give teachers P5K cash allowance within first week of classes
Alyssa Valdez to miss Creamline’s AVC Cup campaign
Jordan Clarkson arrives in Manila to bolster Gilas Pilipinas
DOJ indicts bank officer in $2.1 billion Wirecard fiasco
Don't miss out on the latest news and information.