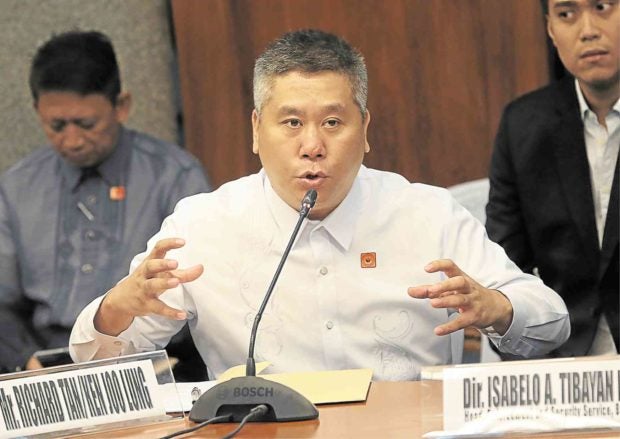 The owner of a warehouse where the P6.4-billion worth of shabu was found said he was only a victim of circumstance as he asked the Department of Justice (DOJ) to dismiss the criminal case filed against him by the Bureau of Customs (BOC).

In a counter-affidavit submitted the DOJ prosecutors Monday, Chen Ju Long or Richard Tan, owner of Hongfei Logistics Group of Companies, Inc. (Hongfei Logistics) said he was himself shocked when he learned that the shipment that arrived last May and brought to his warehouse contained illegal drugs.

He said it was the Chinese customs officials who informed him of the shipment.

“Shocked with the disclosure of this information, I immediately reported this matter to the Philippine customs authorities which led to the discovery, seizure and confiscation of the illegal drugs,” Tan said.

“I am merely a victim of circumstance. Notwithstanding my sincere cooperation with the Philippine customs authorities, and to my utter surprise and disappointment, I have been implicated in the instant case as respondent,” he added.

He said the DOJ must not hesitate in dismissing the case against him for lack of probable cause because “I respectfully believe that people like myself, who have provided information and cooperated with the concerned Philippine authorities, shall no longer be frightened and intimidated to report illegal drug activities that come to our knowledge or attention.”

Tan added that a similar case is already pending before the Valenzuela RTC.