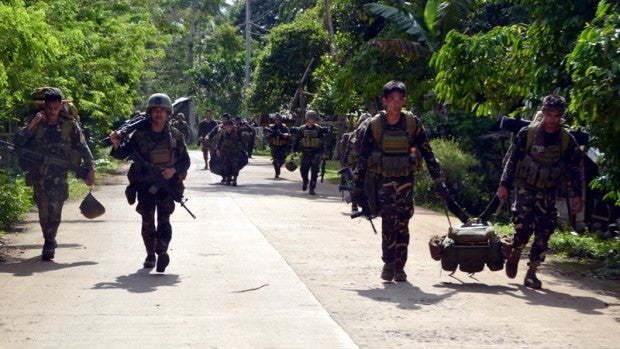 Soldiers return to camp after an encounter with members of Abu Sayyaf terrorists in Patikul town, Sulu province in Mindanao on August 26, 2016. AFP

Lieutenant General Carlito Galvez Jr., commander Western Mindanao said a total of 353 members of the Abu Sayyaf were neutralized, “five times higher than the number of neutralized members in 2016 that only recorded 75.”

He said 127 were killed and 90 were caught within their jurisdiction.

Galvez attributed this to the military’s “intensified combat and law enforcement support operations.

A total of 230 firearms seized and recovered.

The terrorists attacked civilians 77 times, which is was also down from 123 incidents in 2016.