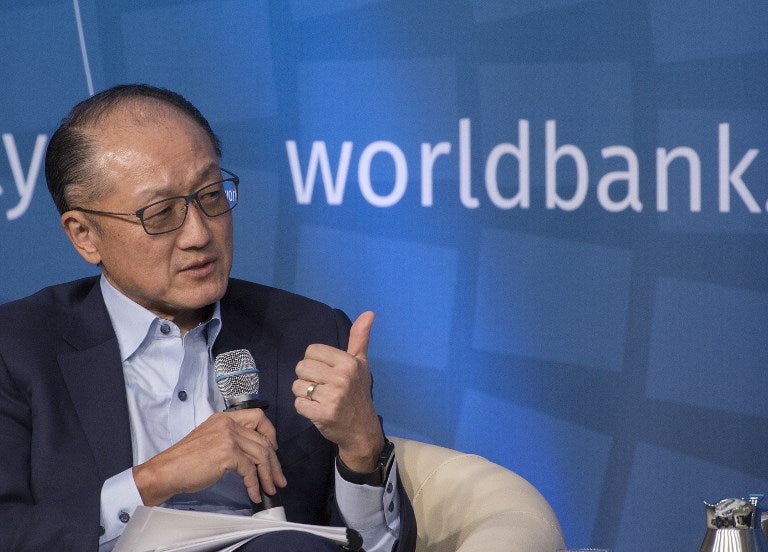 The Paris climate summit next week offers a chance for concrete advances in the fight against global warming, even without the support of President Donald Trump, World Bank President Jim Yong Kim said.

“What makes this summit different is that this is not just another high level political meeting,” Kim told reporters. “This is going to bring together groups of people that normally don’t get together, especially in talking about climate opportunities.”

Tuesday’s One Planet Summit, sponsored by France, the United Nations and the World Bank, brings together some 4,000 participants and 800 organizations to explore ways to finance climate projects.

Held two years after the Paris climate agreement — and six months after Trump pulled out of the historic accord — the talks will go ahead without a senior representative of the US administration.

But many American state and local officials and private groups will be there, and remain committed to addressing climate change, Kim said.

Among those in attendance will be former California governor Arnold Schwarzenegger and former New York mayor Michael Bloomberg, whose foundation is helping to fund the summit.

Kim said funding for climate projects will be key, as the International Energy Agency has estimated it will take $3.5 trillion a year for the next 30 years to contain the rise of global temperatures.

“One of the big topics in Paris next week is the need to scale up financing which is still is not nearly enough to meet the Paris agreement commitments,” he said.

Without financing “all you have is an agreement… and nothing would change actually on the ground.”

A key part of that is providing funding for developing countries to address climate change.

The World Bank has pledged to increase its funding for such projects by 28 percent by 2020, a spokeswoman said. This year, it has committed $13 billion to more than 200 climate-related initiatives.

Between 2011 and 2016, $63 billion was invested in more than 1,000 projects to help countries adapt to climate change or mitigate their impact, added the spokesperson.

French President Emmanuel Macron announced the upcoming summit last summer to reinject momentum into the fight against climate change, after the US decision to withdraw from the Paris agreement.