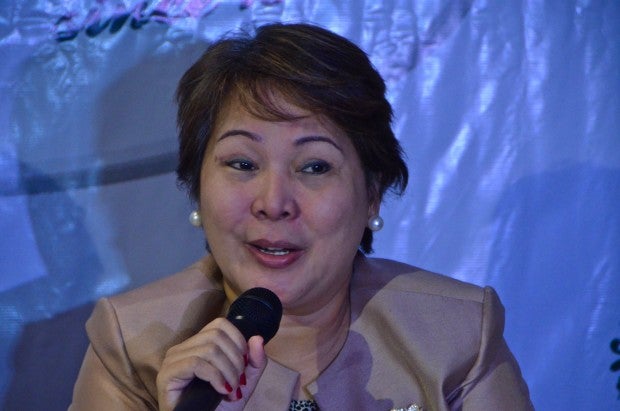 Businesswoman Sandra Cam confirmed on Wednesday her appointment to a government-run corporation.

Cam, an avid supporter of President Rodrigo Duterte, has been appointed as a board member of the Philippine Charity Sweepstakes Office (PCSO). She has taken her oath before Duterte on Wednesday afternoon.

“The President had given me the trust. I’ve been working so hard to help the less-fortunate and for the OFWs [overseas Filipino workers],” Cam said in a chance interview with the press.

“This is not a political position at makikita po ninyo, give me at least three months, I will prove to those detractors they are wrong,” she added.

Cam got embroiled in a controversy few months ago after lashing out at an airport employee, who asked her to pay P1,700 for the use of the Mabuhay Lounge at the Ninoy Aquino International Airport. The incident happened in February.

The Philippine Daily Inquirer reported that she cursed at the employee and name dropped Special Assistant to the President Christopher “Bong” Go, claiming that she would be appointed to a government position in three months’ time.

Cam has denied that she lost her temper or bragged about her connections.         /kga