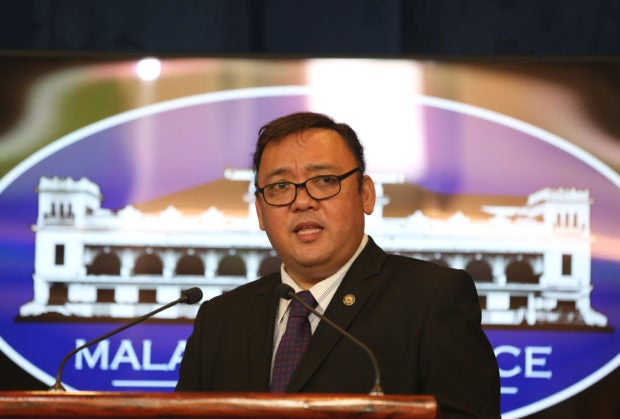 President Rodrigo Duterte is set to decide next week whether or not to extend martial law in Mindanao, a Palace official said Saturday.

Presidential Spokesperson Harry Roque said Duterte would submit his decision to the Congress before the chamber goes on Christmas break on the Dec. 15.

“So the President will make a decision if not next week then the week after because Congress will go on recess on the 15th and as you know, we cannot have extension (of) martial law without (the) consent of Congress,” Roque said.

The spokesperson said the Armed Forces of the Philippines (AFP) has finished its consultation with stakeholders and would just need to submit its recommendation to the President.

“I didn’t want to say it now because mape-preempt yung aking (it would preempt my) press briefing sa Lunes (on Monday). And I’m going to read verbatim already what was given to me by the AFP. Mayroon na pong binigay sa aking statement, Monday ko na po babasahin yan (I have received the statement and I would read it on Monday),” he said.

While no final decision has yet been made, Roque said that the resolution would ensure the safety of the citizens in Marawi City and nearby areas.

Task Force Bangon Marawi chief Eduardo del Rosario on Friday backed the extension of martial law up until the rehabilitation phase of the war-torn Marawi City to ensure the continuous reconstruction of the city, following reports of massive recruitment of Islamic State-inspired terror groups. /jpv