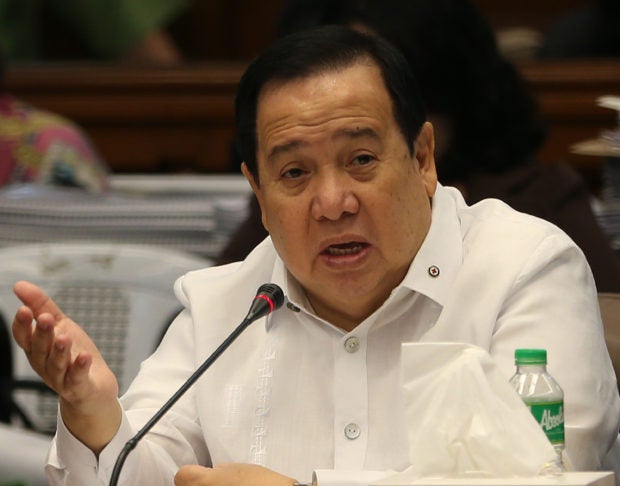 Senator Richard Gordon, chairman of the Senate blue ribbon committee, expressed alarm over the harmful effects of the Dengvaxia vaccine to patients who have not been previously infected by dengue, which was recently announced by pharmaceutical giant Sanofi.

Gordon, in a statement on Friday, recalled that when the Department of Health (DOH) under the Aquino administration procured the Dengvaxia vaccine, it was not yet ready for distribution.

“This admission by Sanofi that the Dengvaxia poses risks shows that when the Aquino administration procured it and the DOH (Department of Health) proceeded to inoculate 280,000 children initially, the vaccine was not yet ready for distribution. Now we have the evidence on that,” Gordon said.

A Senate probe into the anti-dengue vaccine was proposed by Senator JV Ejercito, chairman of the Senate health committee, in January 2018.

Gordon said that at the time the DOH procured the vaccines, an official of the World Health Organization (WHO) previously warned that the vaccines had not been given pre-qualification approval as it had not yet been tested on at least 200 children first.

But the DOH had already administered the Dengvaxia vaccine to at least 400,000 children in schools in Metro Manila, Central Luzon and Calabarzon.

Last year, Gordon delivered a privilege speech condemning the Aquino administration’s vaccine procurement as a supposed “midnight deal.” He then filed a resolution calling for an inquiry on the allegedly anomalous procurement.

“Before we conducted an investigation on the anomalous procurement of this vaccine, we talked to several health experts and they told us that they had already warned the government long before about the possible adverse effect of the new drug on individuals with no prior history of dengue. With this admission by Sanofi, they have been proven right. The safety of the children vaccinated is paramount here,” Gordon added.

While there was no question on the need to take preventive measures against dengue, Gordon stressed that there was a need to probe the “apparent railroading in the procurement process and why the DOH immediately started inoculating schoolchildren even before the issuance by the WHO of the pre-qualification guidelines.”

Sanofi recently announced that patients who were not previously infected by dengue but were given Dengvaxia have chances of suffering from severe diseases in the longer term.

“Based on up to six years of clinical data, the new analysis evaluated long-term safety and efficacy of Dengvaxia in people who had been infected with dengue prior to vaccination and those who had not. The analysis confirmed that Dengvaxia provides persistent protective benefit against dengue fever in those who had prior infection,” Sanofi said.

The pharmaceutical company said Dengvaxia may have indications to “those not previously infected by dengue virus, however, the analysis found that in the longer term, more cases of severe disease could occur following vaccination upon a subsequent dengue infection.” /jpv