Binay calls on DOH, Sanofi to inform public on effects of Dengvaxia 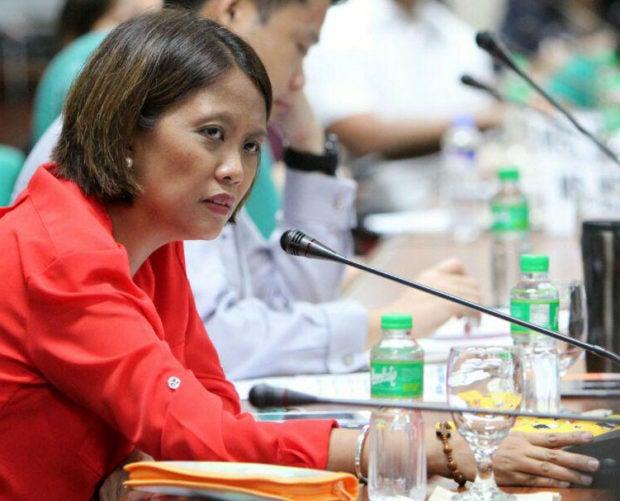 Senator Nancy Binay on Friday called on the Department of Health (DOH) and vaccine manufacturer Sanofi Pasteur to issue a nationwide medical advisory and information drive about the dangers of vaccine Dengvaxia, which was administered to over 400,000 children nationwide.

“The latest medical report issued by Sanofi is deeply shocking and disturbing especially to any parent whose children have received the vaccine,” Binay said in a statement.

The senator also asked the DOH to temporarily stop the immunization program and conduct an audit which regions or provinces have not completed, or completed, all three doses of the vaccine.

According to the DOH, 400,000 children received Dengvaxia vaccine in different regions, including Metro Manila, Central Luzon and Calabarzon.

Binay said the public, especially the parents of the children, has the right to be informed of the circumstances following the administering of the vaccine—what symptoms should be monitored, precautions, indications, contra-indications, side effects and possible adverse effects.

Sanofi recently announced its latest discovery that patients who were not previously infected by dengue but were given Dengvaxia have high chances of suffering from severe diseases.

“Based on up to six years of clinical data, the new analysis evaluated long-term safety and efficacy of Dengvaxia in people who had been infected with dengue prior to vaccination and those who had not. The analysis confirmed that Dengvaxia provides persistent protective benefit against dengue fever in those who had prior infection,” Sanofi said.

The pharmaceutical company said Dengvaxia may have indications to “those not previously infected by dengue virus, however, the analysis found that in the longer term, more cases of severe disease could occur following vaccination upon a subsequent dengue infection.”

Sanofi should clarify and explain what it meant by “severe disease,” said the senator.

Binay expressed frustration towards the government’s health agency for ignoring the warning of the Department of Science and Technology (DOST) about the integrity of Dengvaxia.

“It is sad that the DOH ignored the warning of DOST about the issue of patient safety and research integrity of Dengvaxia. Safety should always be the paramount concern when it comes to any immunization program,” she said. /jpv