Manny Cuevas: Who is this man who triggers Duterte’s cursing? 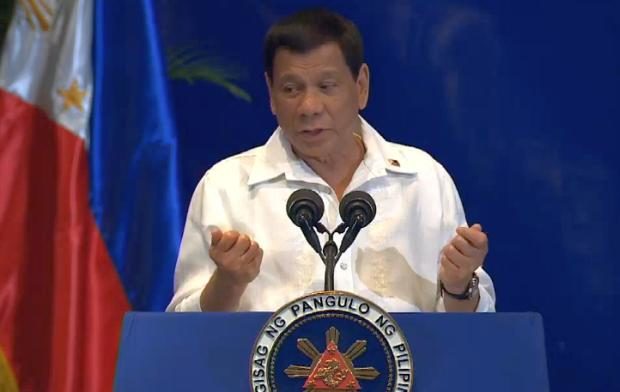 Who is Manny Cuevas?

As he lamented the prevalence of corruption in his two speeches on Tuesday, President Rodrigo Duterte tagged a certain “Cuevas” as being instrumental in the rigging government contracts, influencing bidding processes, and getting kickbacks.

Duterte said the man was a player of former Speaker Prospero Nograles and was around every administration, acting as a middleman.

(He is a player, you know that. What he does, whoever you are — the military, police — he gives you what you need, believe me.)

“P***** i**, pati sa Malacañang, sabihin niya, ‘akong bahala. Okay, you need how much? Eight million? I’ll give you 10 million,’ kausapin niya doon (sa agency). And it will be released. Sabihin niya, ‘Isauli mo sa akin ang dos.’ No outside intervention,” he added.

(Son of a ****, even in Malacañang, he says, ‘I’ll take care of it. Okay, you need how much? Eight million? I’ll give you 10 million,’ he is going to talk to the agency. And it will be released. He’ll tell you, ‘return to me the two million.’ No outside intervention.)

After his speech, asked by reporters if the man he was referring to was Manny Cuevas, Duterte said: “Oo, wala nang iba (Yes, no one else).”

While relatively unknown, Cuevas, apparently, was alleged as one of four individuals, who, in behalf of Iglesia ni Cristo (INC), lobbied in the Senate for the late Chief Justice Renato Corona’s acquittal.

In a 2012 Philippine Daily Inquirer report, Cuevas, together with a certain Victor Cheng, requested for a meeting with several senators to plead the case of Corona. Cuevas, an INC member, is reportedly the brother of Corona’s defense lawyer Serafin Cuevas.

His attempt to meet senators was confirmed by Sen. Aquilino “Koko” Pimentel III.

But lobbying for Corona was not the first time Cuevas was dragged in controversy.

In a 2002 newspaper report, Cuevas was named as collector of alleged under-the-table payments from concessionaires for a member of the Cheng family, the owner of the Philippine International Air Terminals Co. Inc. (Piatco), the consortium that built the controversial Ninoy Aquino International Airport Terminal 3. Cuevas’ named was mentioned in a Senate Blue Ribbon Committee investigation on the said airport terminal.

Duterte, in a separate speech during the second Philippine Construction Congress on Tuesday, warned Cuevas to stop his supposed dealings.

“Sinabi ko huminto ka o (I’m telling you to stop). You know, huwag mong (do not) … Do not stretch your luck too far, too much,” he added. /cbb