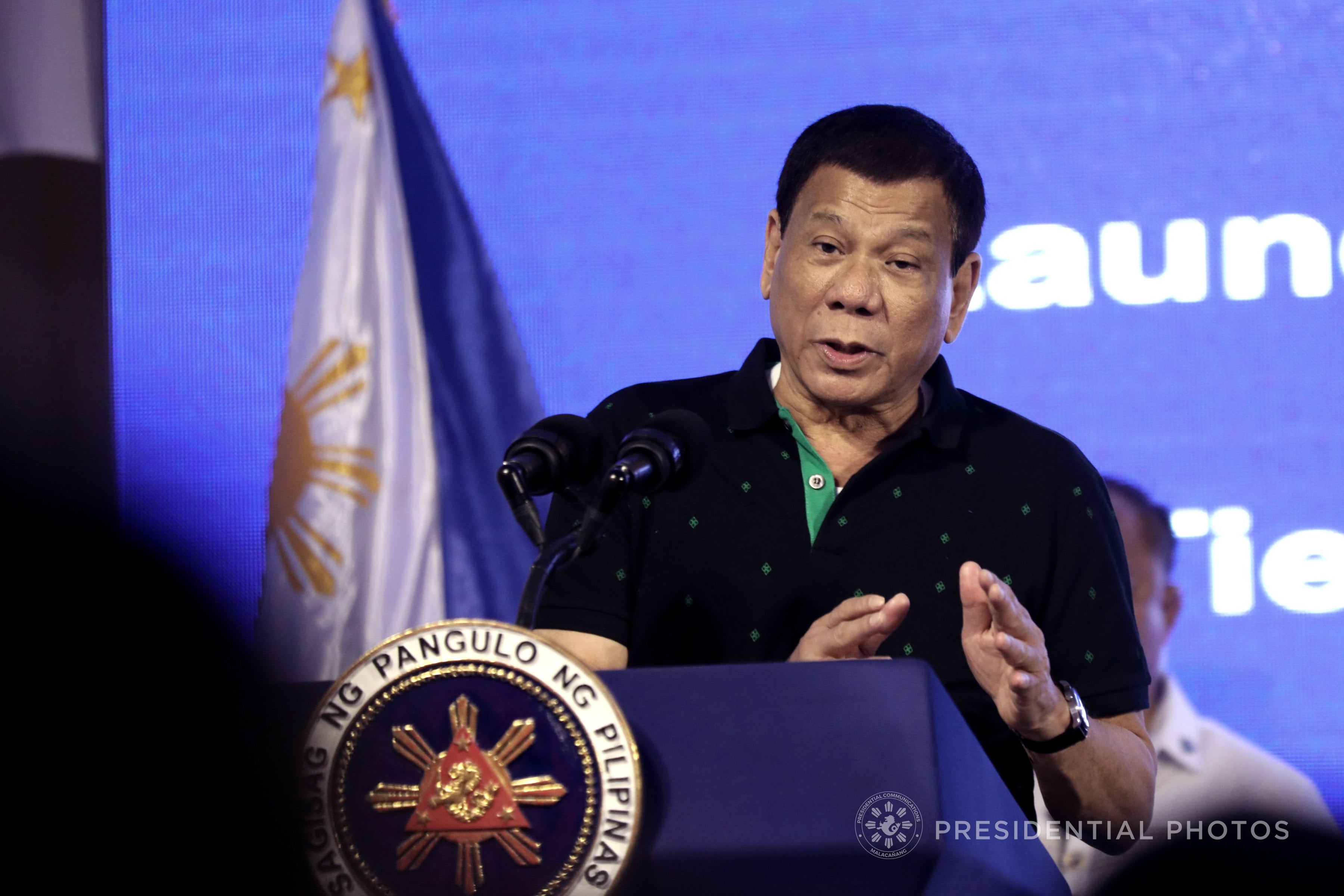 Without mentioning De Lima, Duterte joked about the Pontiff, who gave a “beautiful rosary” to the senator after receiving her letter asking for prayer.

(Could you find me the video, let the Pope see it. He might be removed from his papacy. Son of a ***** this is too much. I am just human.)

“That’s a joke, aabot ng ano ‘yan (that might reach them). I am joking Pope… If you criticize me, I can criticize you 10 times over,” he added.

De Lima said on Sunday she had received the gift, enclosed with a letter, from Pope Francis on Nov. 22, three months after writing to the Pontiff for prayers for herself and the thousands of victims of extrajudicial killings in the country.

At the height of the Bilibid drug trade investigation last year, De Lima was rumored to have had a sex video with her driver-lover, Ronnie Dayan. /je