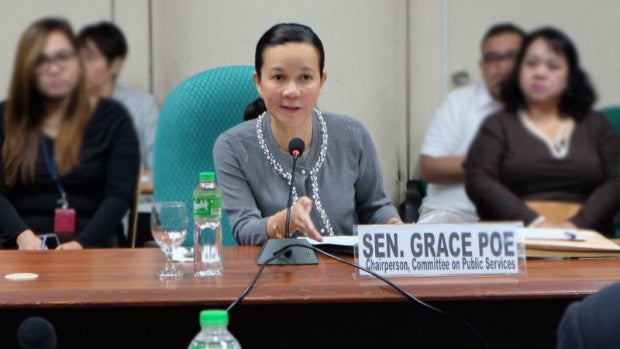 (Updated 2:52 p.m.) Senator Grace Poe debunked on Tuesday a Palace official’s claim that the passage of the proposed emergency powers for traffic now rests on the Senate.

Contrary to Presidential Spokesperson Harry Roque’s claim that the House of Representatives had already passed its own version of the measure, Poe said the House had not even entered the second reading of the bill.

“To refresh Secretary Roque’s memory, the Traffic Crisis Bill in the House of Representatives has not even entered second reading. While in the Senate, the Emergency Powers Bill is already on second reading and nearing the end of the period of interpellations,” Poe said in a statement.

As chair of the Senate committee on public services, Poe led the discussion on the measure, which has been pending on the floor.

Unless certified as urgent by President Rodrigo Duterte, however, the senator expressed doubts the Senate could pass the measure before the year ends.

“I doubt that it will pass this year, unless certified urgent. But with the help of my colleagues, we can have this passed on third reading early next year,” Poe added.

The senator issued the statement a day after Roque claimed that the House had already passed its own version of the bill and that the ball is now on the Senate.

“We appreciate the concern of Senator Grace. But as of the time I left the House of Representatives which is only been a whole month, the House had already passed the traffic crisis bill. So it’s a waiting action on the Senate. So really it’s the Senates call whether or not to enact this traffic crisis bill into law,” Roque said at a press briefing on Monday. /jpv