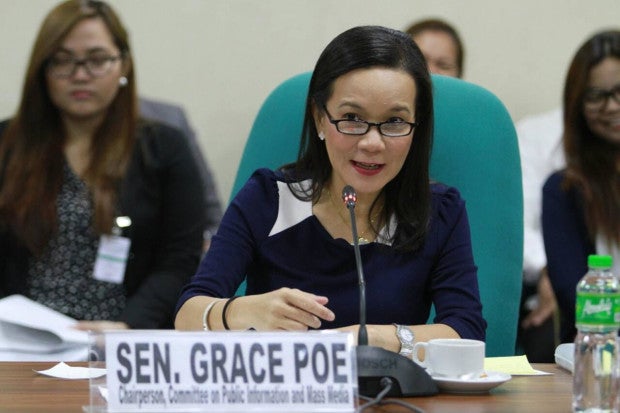 To fast-track the solution to Metro Manila’s traffic crisis, Sen. Grace Poe urged the Malacañang on Sunday to certify the proposed emergency powers as urgent to pave the way for its immediate approval and enactment.

(The emergency powers will surely move forward if the Malacañang makes it a priority and certifies it as urgent so it can fast-track the implementation of projects that can alleviate traffic.)

Poe, author of Senate Bill No. 1284 or An Act Compelling the Government to Address the Transportation and Congestion Crisis Through the Grant of Emergency Powers to the President, said the fastest way to advance the measure is a certification from President Rodrigo Duterte.

A certification of urgency will allow Congress to pass the measure on second and third reading within the same day. Poe said a Palace certification is important as she sees this as one way of compelling lawmakers to proceed with the bill.

Poe pointed out that it would help if the President would certify it as urgent not only to compel the Senate, but the House of Representatives as well.

The emergency powers bill, which is still being deliberated by senators, will effectively loosen stringent policies to fast-track the implementation of projects to ease traffic.

She added the President’s certification will ensure that the bill, along with other priority measures, will be tabled by lawmakers for consideration and guarantee a smoother flow in the legislative mill.

The Senate only has nine session days remaining, and huge chunk of this would be allotted to the deliberation of the proposed tax reform measure.