Duterte may resign if unable to curb illegal drugs 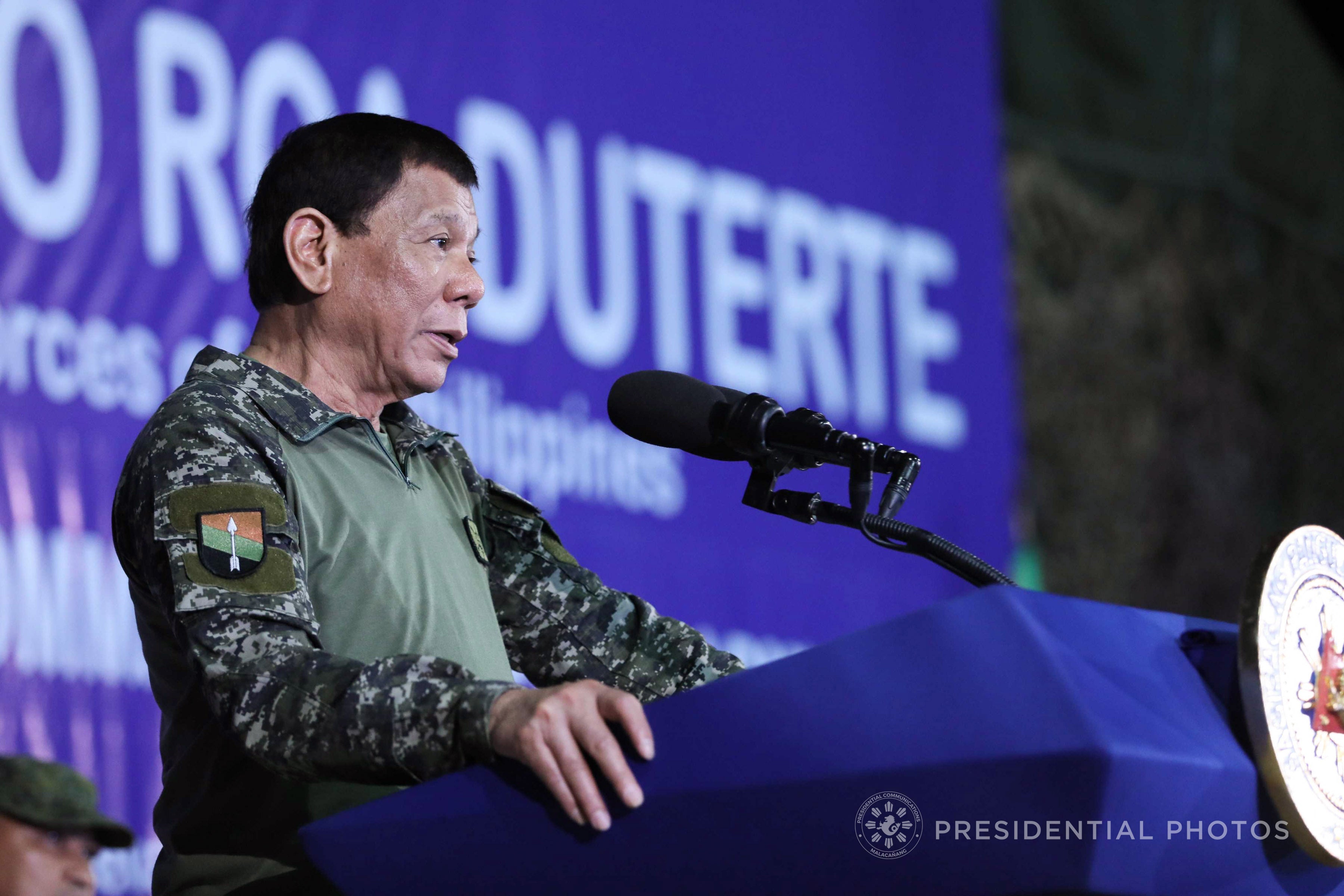 President Rodrigo Roa Duterte, in his message to the troops during his visit at Fort Magsaysay in Palayan City, Nueva Ecija on November 22, 2017, reiterates his vow to improve the welfare of the soldiers and their families. ACE MORANDANTE/PRESIDENTIAL PHOTO

President Rodrigo Duterte has said he might resign if he would not be able to curb illegal drugs in the country.

“I cannot accept. I simply cannot accept it. And if I cannot control drugs then maybe it is time for me to think about resignation,” Duterte said in his Friday speech before the 67th Founding Anniversary of the First Scout Ranger Regiment in Camp Tecson, San Miguel, Bulacan.

Duterte said he no longer needed to be in the position as he has had enough accolades in life.

“O why should I be there? Only for the noise? I do not need it. I have enough accolades and praises all my life,” he said.

Duterte won in 2016 with the campaign vow that he would resign from the position if he would not eradicate illegal drugs within three to six months in office.

However, he had later said there was a ‘miscalculation’ as he did not realize the gravity of the illegal drugs problem in the country./au