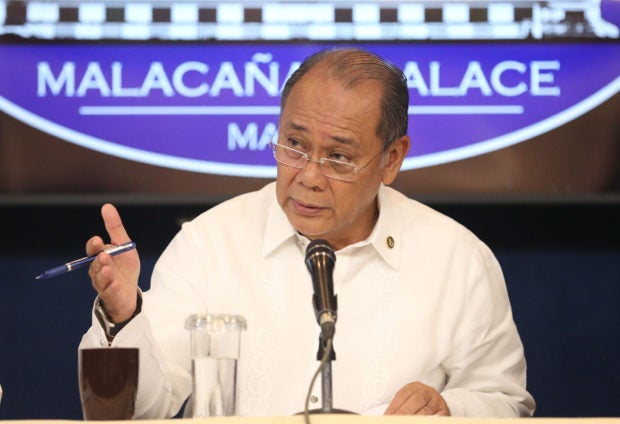 Ernesto Abella, who was abruptly removed by President Duterte as his spokesperson late last month, is transferring to the Department of Foreign Affairs (DFA).

The President signed Abella’s new appointment as DFA undersecretary on Oct. 27, with Malacañang releasing a copy of his new position only yesterday.

The only problem with his new posting is that the post is nonexistent to begin with.

Abella said he would be handling “strategic communications” at the DFA.

This meant that the DFA would have to create such an office to accommodate Abella, who would be the sixth undersecretary in the department headed by Secretary Alan Peter Cayetano.

Mr. Duterte had not explained his move to replace Abella with Kabayan party-list Rep. Harry Roque, only saying that it was his “personal decision.”

Abella had wished Roque well, saying the latter “will be more than adequate for the occasion and will deliver the right support needed for (Duterte’s) program of government.”

In appointing the voluble Roque, Mr. Duterte had noted that they both had naughty mouths.

Abella, in contrast, was more subdued and tended to use restrained language.

He did get brickbats for once telling reporters to “use your creative imagination” when asked to clarify Mr. Duterte’s statement in 2016 that he would eventually “break up with America.”

DFA spokesperson Robespierre Bolivar said Abella could assume his new job “any day now” since his appointment papers had been issued.

“We will have to work out the details in the days ahead,” said Bolivar.

The DFA’s communications office currently falls under the Office of Public Diplomacy (OPD), which Cayetano’s predecessor, Perfecto Yasay Jr., formed in July 2016 to replace the Public Information and Services Unit.

The OPD is headed by Bolivar and executive director Charmaine Aviquivil, both career diplomats.