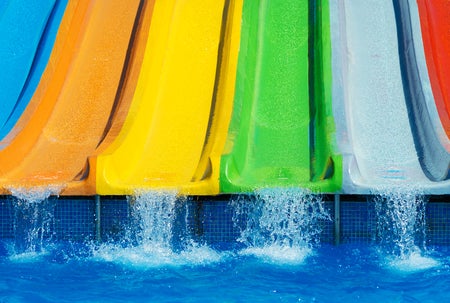 A 25-year-old Australian man got into trouble with local authorities for building a massive water slide that he got for free, The West Australian reported.

Luke Newton set up the 12-meter-long water slide in north Perth, Australia. Dubbed as “The People’s Slide” for its size, he said in the report that it took him two trips with the help of the biggest car trailer he found to transfer the slide and its scaffolding into his home. The photo of the water slide soon reached a local Perth Twitter page named The Bell Tower Times and the Joondalup city mayor.

A group of Perth mates inherited an old fairground slide and turned their pool into the hottest (dangerous) attraction in town #geniusorinsane pic.twitter.com/7UA2PXXor0

Newton got word from Mayor Albert Jacob after a neighbor claimed that the water slide breached local laws and that it could cause death or serious injury. “The slide’s significant structure is also at odds with the amenity of the residential area due to its excessive height,” Jacob told The West Australian.

The mayor also said that the water slide posed drowning risks and that it did not meet compulsory safety standards set by state government, which is required for private pools. Local authorities also asked Newton to stop letting people use the pool or else it would be taken down within 14 days.

Newton then said that he made modifications to the slide after the photo circulated online, and was willing to do more to get approval from the local government. “Neighbors who normally wouldn’t talk to each other have come over just to see the thing and look at it in awe,” Newton said, adding that children have not gone down the slide without their parent’s permission.

“I think it’s safe because I’m not stupid with it,” Newton said. “I’m not letting drunk people get on it.”  Katrina Hallare /ra