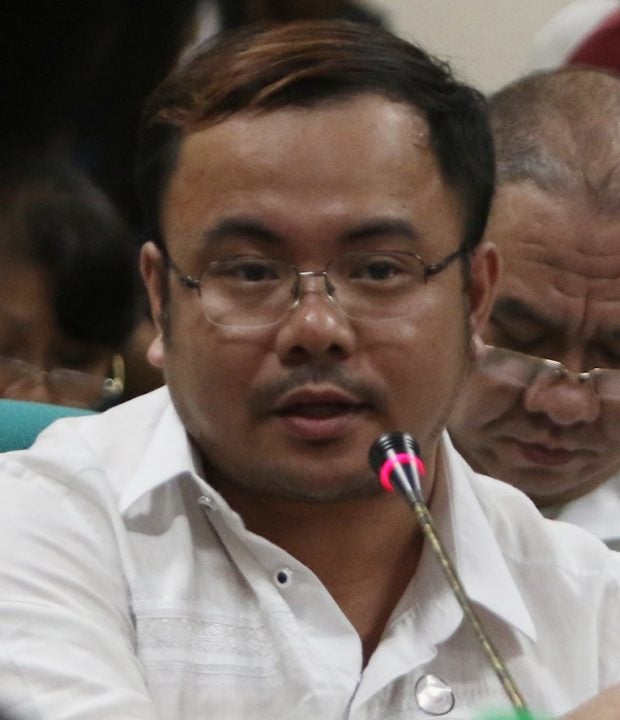 Rey Joseph Nieto of Thinking Pinoy during the committee hearing on Fake News at the Senate in Pasay City. INQUIRER PHOTO / RICHARD A, REYES

Sen. Antonio Trillanes IV on Wednesday filed a P2.2-million libel case against “ThinkingPinoy” blogger RJ Nieto for posting on his Facebook account a news story claiming that US President Donald Trump had called the senator a “narco.”

In a complaint, Trillanes asked the Pasay City prosecutor to indict the pro-Duterte blogger for online libel for making it appear that he was involved in the proliferation of illegal drugs in the country.

The senator was referring to an article that Nieto posted on his Facebook page, “ThinkingPinoy” on Oct. 31, titled “Trump Calls Trillanes a Drug Lord.”

Trillanes sought the payment of P2 million in moral and exemplary damages, and P250,000 in attorney’s fees.

He said Nieto’s “baseless and malicious” imputations besmirched his reputation and caused him extreme anxiety, wounded feelings and sleepless nights.

“Being a very vocal and staunch critic of President Duterte, of whom respondent is a self-confessed, diehard supporter and defender, Nieto’s post was clearly made solely for the purpose of besmirching my reputation and maligning my name,” the senator in his complaint.

He pointed out that Nieto’s post was published “far and wide,” receiving 62,000 reactions and being shared 15,759 times as of Tuesday.

The senator noted that the post constituted “fake news” as the blogger did not cite the source or the news outfit that supposedly conducted the interview with Trump.

He also said a newspaper sought verification from the US Embassy on such claim and found that his name was never mentioned in the transcripts of Trump’s press engagements.

He added that Nieto was guilty of the cybercrime offense of libel under the Cybercrime Prevention Act of 2012 as the latter caused the publication of the “derogatory” post through the internet.