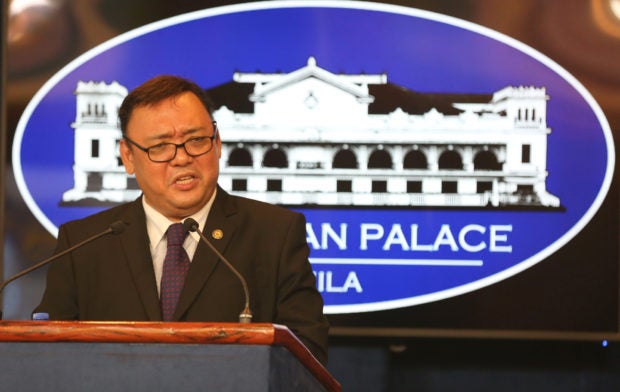 Malacañang on Tuesday assured the riding public that the government is “crying for solution” to provide a “better Metro Rail Transit” services amid the series of technical problems that hit the mass rail system.

“We accept the challenge. We are moving forward and we promise better MRT to our riding public,” Presidential Spokesperson Harry Roque said in a Palace briefing.

Following the filing of plunder charges against former officials of the Transportation Department, Roque said the government remains committed to hold liable those who failed to address the problems of the MRT-3.

“We must stress that the great suffering of the riding public as result of the failure to deliver on the responsibilities of public office, such as the case of the current state of the MRT-3 system, carries consequences and that those accountable will be held liable,” he said.

Roque said Transportation Secretary Artur Tugade assured him “that they are going to procure a reliable maintenance contractor” and build new rails.

“They’re buying new train cars and new signaling system. They are in other words revamping almost completely the MRT,” he said.

President Rodrigo Duterte had earlier asked apologies to the public for the recent MRT glitches.

Last week, an MRT train car got detached on the northbound section between Ayala and Buendia stations, off-loading at least 130 passengers.

The incident happened two days after a female passenger’s arm was severed in a freak accident at the Ayala station.

“This is not an excuse actually. We offer no excuse, but apologies maybe to the public for the inconvenience caused,” Duterte said.

Despite the series of MRT glitches and calls for Tugade’s resignation, Malacañang said Tugade remains in his post.

“The President has said he will back up Secretary Tugade in whatever he may need to effect immediate reform of the MRT,” Roque said. /jpv

Read Next
Alvarez: Raising Sereno impeach rap to SC won’t lead to constitutional crisis
EDITORS' PICK
Geek out at TOYCON 2022 powered by Smart Signature
Unemployment rate up to 6% in May
Bye bye Boris: UK PM Johnson bows out with regrets but no apologies
House energy committee chair Arroyo bats for cheap electricity
High inflation: Your P1 is now worth only 87 centavos
High-risk pregnancy: Reducing your risk is in your hands
MOST READ
Suspect in grisly killing of missing woman in Bulacan arrested
Kim Atienza’s daughter flaunts bikini body in response to critics of her ‘revealing photos’
Bongbong Marcos’ first order: Abolish PACC, Office of Cabinet Secretary
Ex-Defense chief Lorenzana is the new BCDA chair
Don't miss out on the latest news and information.