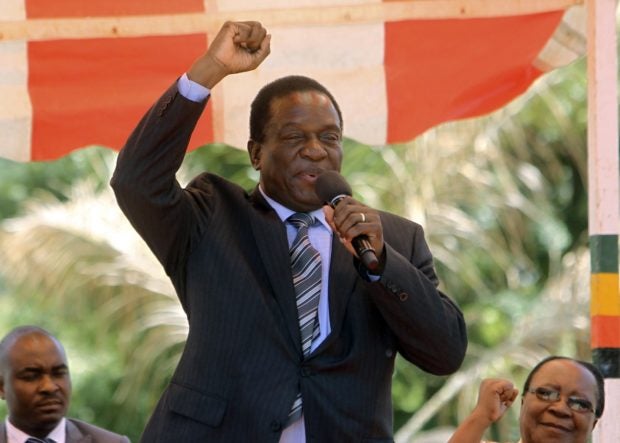 JOHANNESBURG — Emmerson Mnangagwa, who was elected on Sunday as the new leader of Zimbabwe’s ruling political party and positioned to take over as the country’s leader, has engineered a remarkable comeback using skills he no doubt learned from his longtime mentor, President Robert Mugabe.

The 75-year-old Mnangagwa served for decades as Mugabe’s enforcer—a role that gave him a reputation for being astute, ruthless and effective at manipulating the levers of power.

Among the population, he is more feared than popular, but he has strategically fostered a loyal support base within the military and security forces.

A leading government figure since Zimbabwe’s independence in 1980, he became the vice president in 2014 and is so widely known as the “Crocodile” that his supporters are called Team Lacoste for the brand’s crocodile logo.

Mugabe unwittingly set in motion the events that led to his own downfall, firing his vice president on Nov. 6. Mnangagwa fled the country to avoid arrest while issuing a ringing statement saying he would return to lead Zimbabwe.

For weeks, Mnangagwa had been publicly demonized by Mugabe and his wife, Grace, so he had time to prepare his strategy. Within days of the vice president’s dismissal, his supporters in the military put Mugabe and his wife under house arrest.

When Mugabe refused to resign, a massive demonstration on Saturday brought thousands of people into the streets of the capital, Harare.

It was not a spontaneous uprising. Thousands of professionally produced posters praising Mnangagwa and the military had been printed ahead of time.

“The demonstration was orchestrated,” said Piers Pigou, a southern Africa expert for the International Crisis Group.

On Sunday, Mnangagwa was voted in as the new leader of the ruling ZANU-PF party, which had been led by Mugabe since 1977.

Mnangagwa joined the fight against white minority rule in Rhodesia while still a teen in the 1960s. In 1963, he received military training in Egypt and China.

As one of the earliest guerrilla fighters against Ian Smith’s Rhodesian regime, he was captured, tortured and convicted of blowing up a locomotive
in 1965.

Sentenced to death by hanging, he was found to be under 21, and his punishment was commuted to 10 years in prison. He was jailed with other prominent nationalists, including Mugabe.

While imprisoned, Mnangagwa studied through a correspondence school. After his release in 1975, he went to Zambia, where he completed a law degree and started practicing.

Soon he went to newly independent Marxist Mozambique, where he became Mugabe’s assistant and bodyguard. In 1979, he accompanied Mugabe to the Lancaster House talks in London that led to the end of Rhodesia and the birth of Zimbabwe.

When Zimbabwe achieved independence in 1980, Mnangagwa was appointed minister of security. In 1983, Mugabe launched a brutal campaign against supporters of rival nationalist leader Joshua Nkomo, which became known as the Matabeleland massacres for the deaths of 10,000 to 20,000 Ndebele people in Zimbabwe’s southern provinces.