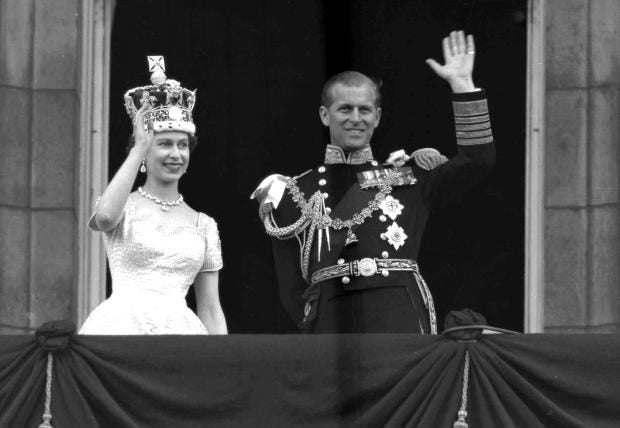 This is a June. 2, 1953 file photo of Britain’s Queen Elizabeth II and Prince Philip, Duke of Edinburgh, as they wave to supporters from the balcony at Buckingham Palace, following her coronation at Westminster Abbey. London. (Photo by LESLIE PRIEST / AP)

LONDON — Britain is marking the 70th wedding anniversary of Queen Elizabeth II and her husband Prince Philip with a peal of bells, a set of portraits and some commemorative stamps.

Now 91, she is the first British monarch to reach a platinum anniversary.

The royal family is reportedly holding a gathering at Windsor Castle to celebrate Monday’s anniversary.

Buckingham Palace marked the occasion by releasing several new portraits of the couple, taken in the White Drawing Room at Windsor Castle by photographer Matt Holyoak.

The Royal Mail has issued a series of commemorative stamps. And at Westminster Abbey, bell-ringers will sound a full celebratory peal – lasting more than three hours – in tribute. 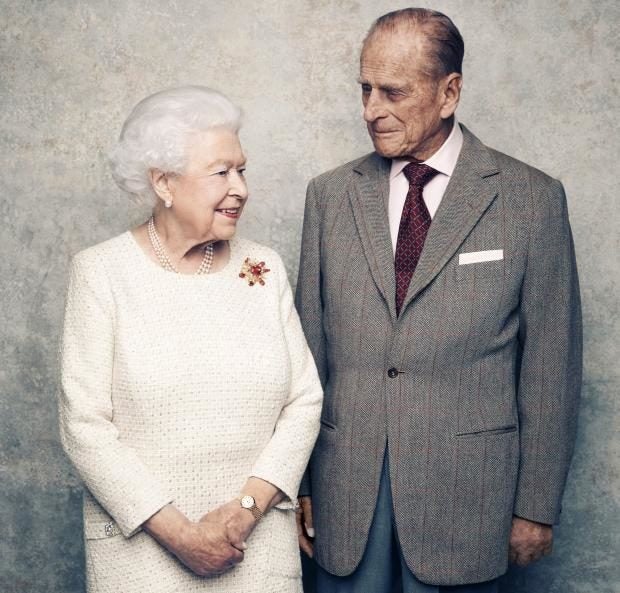 In this handout photo issued by Camera Press and taken in Nov. 2017, Britain’s Queen Elizabeth and Prince Philip pose for a photograph in the White Drawing Room pictured against a platinum-textured backdrop at Windsor Castle, England. (Photo by MATT HOLYOAK / Camera Press via AP)