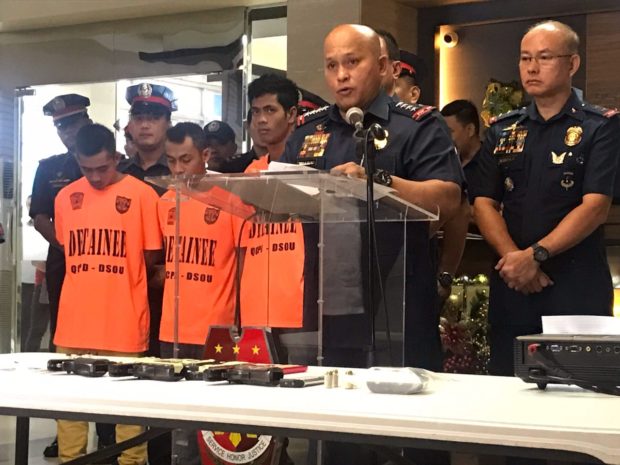 The three alleged ASG members were all arrested in a joint operation conducted by the Quezon City Police District and the National Bureau of Investigation Counter-Terrorism Division on Nov. 10, at 5:15 p.m. in Salam Compound, Brgy. Culiat, Quezon City.

The suspects were arrested a day before the Asean dignitaries started arriving in the country for the holding of the Summit and related activities.

The PNP official said the arrested men are believed to be members of the ASG’s Urban Terrorist Group, who pledged allegiance to the extremist group Islamic State.

Dela Rosa said the suspects’ social media accounts had showed they conducted surveillance and ocular inspection in malls, public parks, and the Philippine International Convention Center, the main venue of the 31st Asean Summit and Asean Related Summits in the Philippines.

The chief PNP, however, was unable to detail the group’s planned attacks.

“Hindi sila umamin (they did not admit of their plans) but apparently, through our diligent efforts in conducting investigation, apparently may plano sila (they have plans to carry out) any terror attack that would cause damage to the (representation) of the Philippine government as a host of the Asean Summit,”  Dela Rosa said.

Dela Rosa said the PNP has not yet monitored any live or specific terrorist threat but authorities would continue to be on full alert.

(If you want to know if there is a specific, real threat, we haven’t monitored any.) /jpv