‘What’s happening to us?’ Robredo laments divisiveness among Filipinos 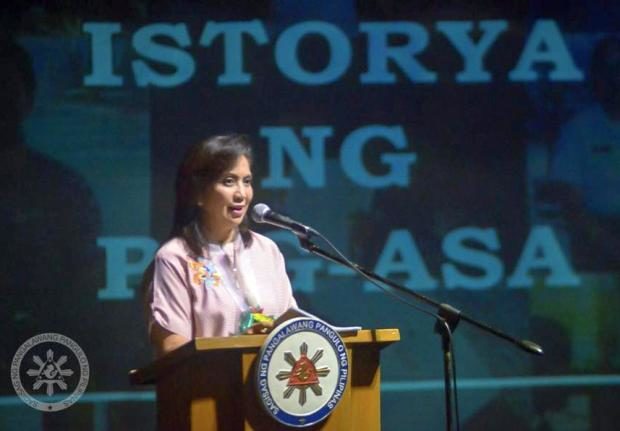 Vice President Leni Robredo speaks at the launching of her “Istorya ng Pag-asa” project at the Assumption Iloilo. (Photo from her Facebook account)

Vice President Leni Robredo had this to say when she observed divisiveness among Filipinos: “What’s happening to us?”

“We woke up one day and you ask yourself: What is happening to us? Ano ba iyong dumaan na umiba ang lahat?” Robredo asked during the launch of her “Istorya ng Pag-asa” program at the Assumption Iloilo in Iloilo City on Wednesday.

Robredo said she could not remember any event in Philippine history that clearly marked the start of the division.

So she cited social media site Facebook as an example.

“[But then] we woke up one day, Facebook is different already,” she added. “And people were angrier, people were fighting already. Former friends are unfriending each other already. Generally, Filipino people seemed to be very polarized.”

Robredo then added that her program was the answer of her office to the “prevailing darkness that seems to be enveloping the country right now.”

The “Istorya ng Pag-asa” project of the vice president is a gallery where local personalities are featured.

Iloilo is the sixth city where the gallery has traveled to. /atm