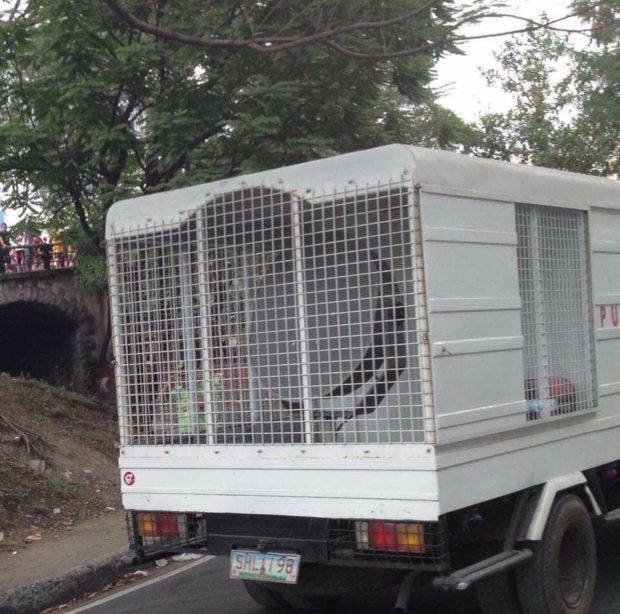 Two progressive lawmakers have called on the House of Representatives to investigate the police’s alleged use of a sonic weapon to attack protesters during the Association of Southeast Asian Nations summit on Monday.

In a statement, Gabriela Women’s Party Rep. Arlene Brosas and Emmi de Jesus said the party-list group would file a resolution in the House of Representatives next week to investigate the incident.

The feminist lawmakers said the alleged deployment of a Long Range Acoustic Device showed an “intent to harm” protesters along Taft Avenue, three kilometers away from the Asean summit venue at the Philippine International Convention Center.

Activists were protesting the exploitation of the poor as a result of Asean economic policies, as well as the visit of United States President Donald Trump, whom they criticized for warmongering and depicted with a Nazi swastika.

Brosas raised health concerns, such as hearing trauma, permanent hearing loss and lingering headaches. She added the PNP should disclose how much it spent on the alleged sonic weapons.

“The latest anti-people weapon of the [Philippine National Police] must be probed and opposed. They cannot just play with it every time there’s a mobilization to cover up the rage of the people,” Brosas said.

“Its effect on the hearing and the health of protesters and even the police is no joke,” she added.

Meanwhile, De Jesus said: “PNP’s use of the sonic weapon brings the Duterte regime’s violence to a whole new level, and highlights the country’s puppetry, with LRAD manufactured in America for the defense of US President Trump, the most notorious face of sexism and militarism right now.”

In a separate statement, Bayan Muna Party-list Rep. Carlos Isagani Zarate echoed the call for the House to inquire into the incident, describing the effect of the sonic weapon as “inhumane” because of long-lasting damage to the protesters’ health.

“”Based on a study, more than 1 second of exposure to a 121 decibel noise could cause ringing in the ears, headaches and even vertigo. But the LRAD is said to generate 137-140 decibels and it was used for several minutes during the rally,” Zarate said.

He added that the police did not even consider the damage not only to the policemen and the rallyists, but also the bystanders and the patients of the nearby state-run Philippine General Hospital.